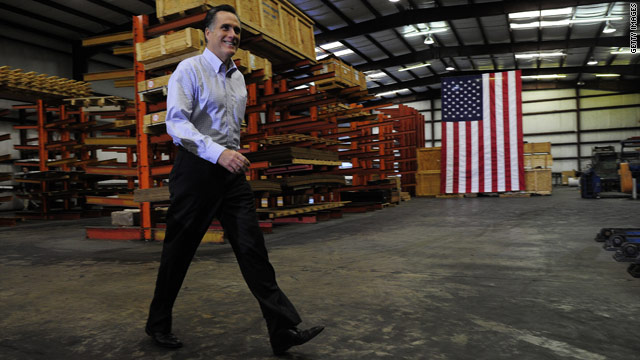 (CNN) – A newspaper in a battleground region of Florida cast its endorsement Wednesday morning to Mitt Romney, calling him a "steady and competent leader for these divisive and turbulent times."

Romney received the support of the Orlando Sentinel, which in 2008 endorsed Sen. John McCain and circulates in the demographically diverse central area of the state.

The paper defended Romney from criticism related to his tenure at Bain Capital and the health reform legislation he signed when Governor of Massachusetts.

"They've blistered him for passing a health-care-reform plan as governor," the Sentinel said. "We give Romney credit for working with lawmakers in his state to solve a problem without waiting for Washington to dictate a solution, which is exactly what happened."

"We admire his intellect, but when it comes to leadership, anger doesn't trump a diverse and successful record," it read.

The paper dismissed Texas Rep. Ron Paul's "radical anti-government agenda," and said the leadership of Rick Santorum, the former Pennsylvania senator, would be distracted because he is "preoccupied with divisive social issues."