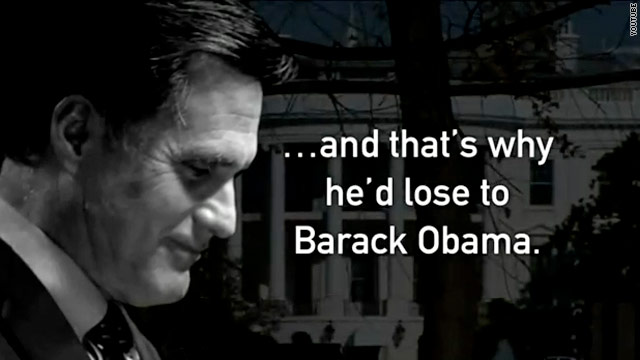 In the ad, "What kind of man?", the campaign paints the former Massachusetts governor as an untrustworthy, flip-flopping politician, just four days before the Sunshine State's critical primary.

The spot starts with a clip from a Mike Huckabee attack ad against Romney in 2007, in which the former Arkansas governor said about his opponent, "If a man's dishonest to get a job, he'll be dishonest on the job."

In a statement shortly after the ad emerged, Huckabee objected to the use of his old campaign ad for Gingrich's purposes.

"Any use of an out of context quote from the Republican Presidential primary 4 years ago in a political ad to advocate for the election or defeat of another candidate is not authorized, approved, or known in advance by me," Huckabee said, adding that he will not make an endorsement in the Republican primary.

This was the second time in less than two weeks that Huckabee has come out against the use of his words in a campaign ad. On January 16, the former governor released a similar statement against a Romney ad that included audio of Huckabee defending the candidate's corporate career.

Despite Huckabee's protestations, Gingrich's press secretary R.C. Hammond stood by the new ad, noting it was not implying an endorsement.

In the Gingrich ad against Romney, the ad focused on the "dishonesty" theme.

"What kind of man would mislead, distort, and deceive just to win an election?" the narrator says. "This man would be Mitt Romney."

The ad also goes after Romney's voting record. While the former Massachusetts governor said at the debate Thursday he had only voted for Democrats if there were no Republicans on the ballot, the commercial points to the 1992 presidential primary, in which Romney voted for Democrat Paul Tsongas. Republicans George H. W. Bush and Pat Buchanan also appeared on the Massachusetts ballot.

Romney previously defended his vote, saying in a 2007 ABC News interview that because "there was no real contest in the Republican primary," he voted in the Democratic primary for who he thought "would be the weakest opponent for a Republican."

The new 60-second spot also highlights a moment in Thursday's CNN/Republican Party of Florida Debate when Romney denied that he knew about a misleading ad against Gingrich put out by his campaign.

The Spanish-language radio ad in question accused Gingrich of calling Spanish "the language of the ghetto." Gingrich's comment came in a 2007 speech on bilingual education, and while he never mentioned the word Spanish, he came under fire at the time for presumably referring to the language.

Days later, Gingrich puts out a web video in Spanish saying his previous words "were not the best."

But Team Gingrich wasted no time in producing the new commercial Friday, attacking the former Massachusetts governor for not knowing about an ad coming from his own campaign.

"If we can't trust Romney in a debate, how can we trust him in the White House?" the narrator says at the end of the spot.

Romney's campaign responded to the new commercial, saying Gingrich is "desperate to distract from his record" and is trying to "prop up his sinking campaign."

"Newt Gingrich's desperate smears have already been called 'inflammatory' by Marco Rubio and 'ridiculous' by Jeb Bush. It is laughable to see lectures on honesty coming from a paid influence peddler who suffered an unprecedented ethics reprimand, was forced to pay a $300,000 penalty, and resigned in disgrace at the hands of his own party," Andrea Saul, Romney spokesperson, said in a statement.