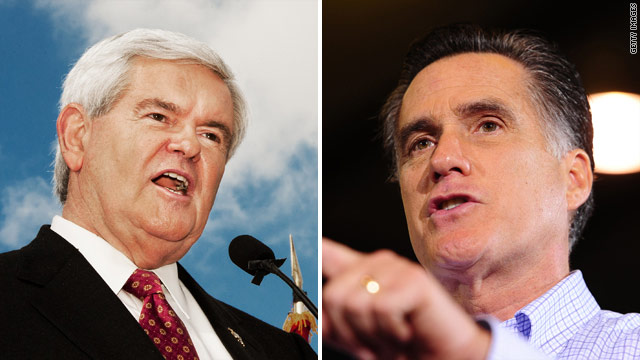 (CNN) – While the Republican presidential candidates now have their eyes set on Florida's Tuesday primary, a new poll indicates a tie for first place in the Feb. 28 Arizona primary.

Mitt Romney and Newt Gingrich both took in 32% of support among likely Republican primary voters, according to a new survey released Friday by the American Research Group.

The poll was conducted Wednesday and Thursday, almost entirely before the CNN/Republican Party of Florida Debate in Jacksonville.

The two frontrunners dueled on stage Thursday night over a number of issues, including immigration, which is widely expected to be a focal point of the Arizona contest.

Among those who identified themselves as tea party supporters, Gingrich held a 40%-23% advantage over Romney. Meanwhile, Romney led Gingrich among woman with a 34%-28% margin.

Arizona comes after primaries and caucuses in Nevada, Colorado, Minnesota, Maine and Missouri, but before March 6, also known as Super Tuesday, when 10 states are scheduled to hold contests.

The American Research Group conducted the survey and questioned 600 likely Republican primary voters in Arizona by telephone Jan 25-26, with a sampling error of plus or minus four percentage points.