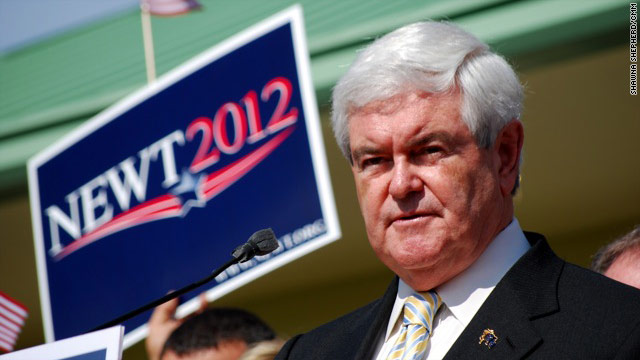 Gingrich did not like the last two debates, which took place in Florida on Monday and Thursday. He said there were moments during Thursday’s CNN/Republican Party of Florida debate when he was “staring in amazement” at Romney because “I know what he is saying is untrue."

Instead of confronting Romney on stage, a tactic he’s used successfully during previous debates, Gingrich hit back the following day with a television advertisement.

The ad, “What kind of man?”, paints the former Massachusetts governor as an untrustworthy, flip-flopping politician. The spot features clips from the debate when Romney attempted to explain why he voted in a Democratic primary and denied that he knew about a misleading ad against Gingrich put out by his campaign.

The former House speaker also conceded on Friday the debate audience was another reason why he didn’t challenge Romney.

“[T]hat particular audience, it would have not worked to take him head on, so I backed down,” Gingrich said.

Pouncing on the statement later in the day, Romney quickly compared Gingrich to the indecisive character Goldilocks, saying the former House speaker couldn't decide whether he wanted debates to have silent audiences or rowdy crowds.

Gingrich said the two-time presidential candidate’s consultants need to come up with better material. After making the argument that he can’t debate Romney because he’s so "dishonest" he said, “I’d be glad to debate him any time. I would request that he tell the truth the next time we debate. That’s all I’d ask of him.”