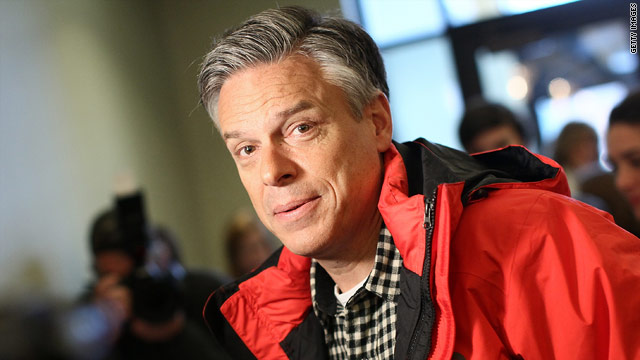 (CNN) – Jon Huntsman Sr., the billionaire chemical magnate whose son dropped out of the 2012 GOP presidential race earlier this month, donated more than $1.8 million to a super PAC supporting his son's candidacy, according to documents filed Tuesday with the Federal Election Commission.

That accounts for 70% of the super PAC's total fundraising. The organization, Our Destiny PAC, raised a total of $2.7 million during the 2012 campaign cycle, much of which was used to fund advertisements in New Hampshire.

Jon Huntsman, Jr., dropped out of the Republican presidential race in South Carolina following a poor showing in the New Hampshire primary.

One ad from the group attacked rival Mitt Romney for being a "chameleon" while boosting Huntsman, who served as governor of Utah from 2005-2009 and later was appointed by President Barack Obama to serve as ambassador to China.

During his campaign, Huntsman consistently said he was unaware of any contributions from his father to the super PAC supportive of his candidacy, citing federal law prohibiting any coordination between super PACs and campaigns.

In November, Huntsman said on CNN: "He's my dad. He's my best friend. I love him dearly. He can do whatever he wants to do. We don't talk about those things; we can't. I'm just delighted that we've actually got some outside assistance from wherever it might come from that believes in our cause and might help us get to where we need to be in the numbers in New Hampshire."

On the day of the New Hampshire primary, Huntsman's wife Mary Kaye downplayed any notion her father-in-law would help influence the outcome in the state.

"My husband's philosophy has always been to get out there and earn the vote," Mrs. Huntsman said. "You know, you want to feel that you have earned people's vote and not bought the vote. And you have to put a little bit in, a little seed money here and there, that has helped out in the campaign. But we are not about buying a campaign."

Huntsman dropped out of the GOP contest after finishing third in the New Hampshire primary. Huntsman pinned all of his presidential hopes on winning the Granite State's first-in-the-nation primary, campaigning almost exclusively in the state.

Other prominent donors to the super PAC were Jim and Christy Walton, heirs to the Walmart fortune. Jim Walton is listed by Forbes as the ninth richest person in America.