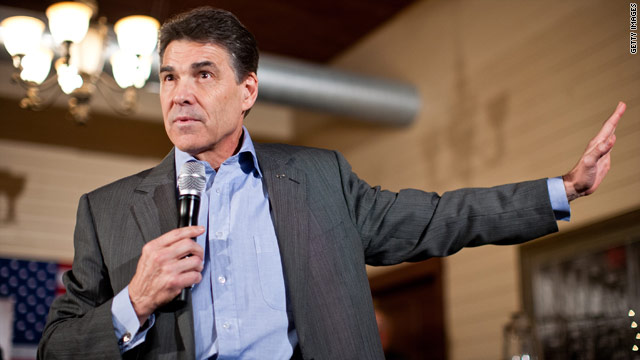 Perry blew through cash in final months of campaign

(CNN) - Rick Perry, the Texas governor and former presidential candidate, spent almost all of the campaign money his organization raised before dropping out of the race in January.

Perry, who began the fourth quarter with roughly $15 million, spent $14.2 million during the last months of his campaign, according to documents filed with the Federal Election Commission late Monday.

Perry raised just under $3 million between October 1 and December 31, a steep drop from the seven weeks of his campaign, when he brought in $17 million.

Overall, Perry raised just over $20 million this campaign cycle, the bulk of which was raised between August 13, the day he announced he was running for the White House, and October 1.

Perry enjoyed a spike in national polls, as well as polls in key early voting states, when he first jumped into the race. Fundraising for Perry was at its peak during that period, outpacing even former Massachusetts Gov. Mitt Romney, the current frontrunner. Perry's campaign boasted after the third quarter filing deadline they had received donations from all 50 states, the District of Columbia, Puerto Rico and Guam.

Problematic debate performances and plummeting poll numbers triggered a slowdown in fundraising, though Perry's campaign continued to spend the cash they raked in during the candidate's peak.

In the fourth quarter, Perry's campaign spent large chunks of money on payroll for campaign staffers, media production and advertising time, and "finance consulting." The campaign paid more than $5 million to Alexandria, Virginia-based Paint Creek Productions, classified in the FEC filings as a media expenditure.

The campaign holds just over $90,000 in debt, including almost $50,000 to an Arlington, Virginia direct mail firm and more than $40,000 to a New Hampshire marketing consultant.

Perry dropped out of the GOP race January 19 after poor showings in the Iowa caucuses and New Hampshire primaries.

-CNN's Peter Hamby and Kevin Liptak contributed to this report.