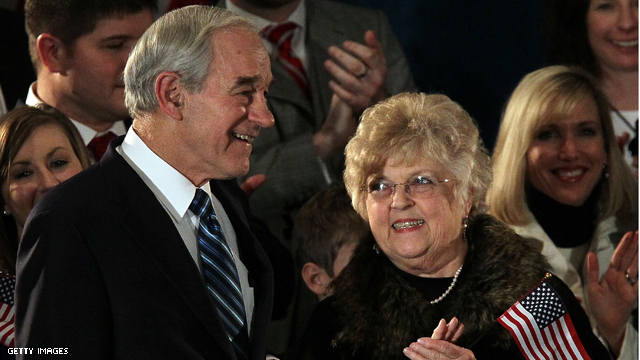 (CNN) - Love is in the air for Republican presidential hopeful Ron Paul as he and his wife, Carol, celebrated their 55th wedding anniversary on Wednesday.

At a campaign stop in Las Vegas, the Texas congressman opened up about how he started the day with his longtime bride.

"She didn't make it this morning because this was her day that I said she could sleep in, and I provided her breakfast for her this morning," Paul, 76, said to a round of cheers and applause.

But with the couple traveling on the campaign trail, the candidate said the meal wasn't quite as romantic as one would expect.

"Now, I have to confess I didn't make the breakfast," he said. "I just called room service and made sure it was ready when she got up."