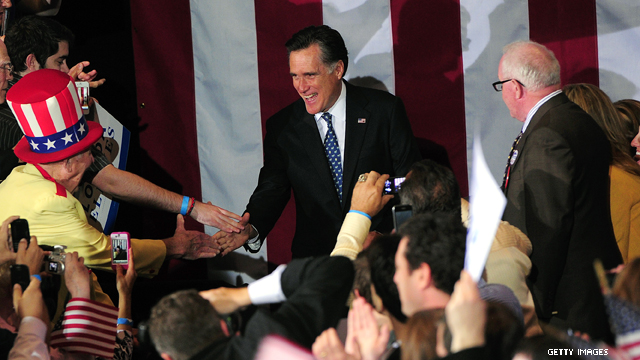 In a memo addressed to interested parties and given to CNN by the campaign, deputy campaign manager Stephanie Cutter attributed Romney's victory to the bombardment of negative ads run in the state by his campaign, as well as by the super PAC supportive of his candidacy, Restore Our Future.

“It’s difficult for Romney to claim Floridians voted for him rather than against his opponents, since less than one-tenth of one percent of the ads in Florida promoted Romney positively,” Cutter wrote.

The contest in Florida has been the most negative campaign on record, according to a group tracking political ads in the Sunshine State. Analysis from Campaign Media Analysis Group (CMAG) shows a whopping 92% of ads airing in Florida over the past week were negative.

Of the 3,276 ads Romney’s campaign ran, 99% were attacking another candidate. Meanwhile, all of the 4,969 spots from Restore Our Future were negative.

In the memo, Cutter argued Romney has poor favorability ratings among independents and said the former governor will have a tough time as he heads to western states that hold their contests in the coming weeks.

“As the Republican race now moves to Nevada, Romney’s out-of-touch positions on housing, seniors’ health and immigration – as well as his lonely support of the Yucca Mountain project Nevadans overwhelmingly oppose and President Obama ended – will continue to repel the very voters who will decide the White House,” Cutter wrote.