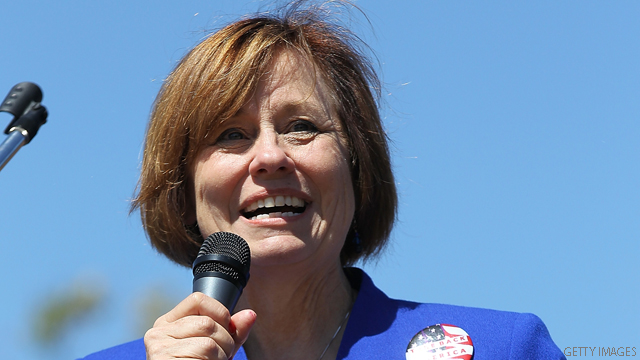 Angle, a tea party favorite who failed in her 2010 bid to unseat Democratic Senate Majority Leader Harry Reid, praised Santorum's character in a statement released Thursday by his campaign.

"He is a strong fiscal and social conservative who stands on principles above politics," Angle said in the release. "His continuous opposition to Amnesty, Obamacare, the bail-outs, and cap and trade are a perfect fit with our main street Tea Party movement."

Santorum said her backing will be a "terrific boon to our campaign as the Nevada Caucus approaches."

Santorum is currently in third place ahead of Saturday's contest in Nevada, behind Mitt Romney and Newt Gingirch, according to the most recent polling in the state.