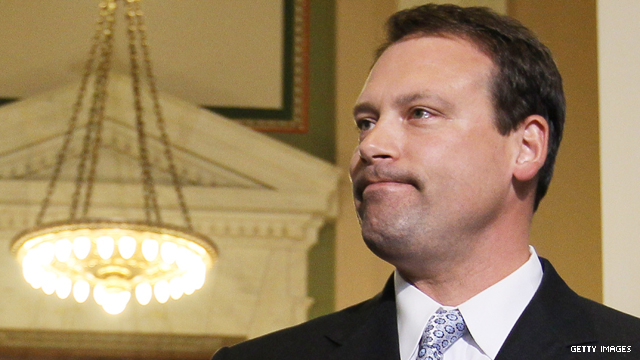 Shuler, a prominent Blue Dog Democrat, was first elected in 2006 but faced a tough re-election bid due to new redistricting lines.

"This was not an easy decision. However, I am confident that it is the right decision. It is a decision I have weighed heavily over the past few months. I have always said family comes first, and I never intended to be a career politician," Shuler said in a statement Thursday.

The congressman represents the 11th Congressional District in west North Carolina, which has traditionally been composed of Appalachian counties.

A former NFL quarterback, Shuler rode into office with the Democratic sweep in 2006. He then won re-election in 2008 with 62% and ran a more competitive race in 2010, winning with 54%.

The third-term congressman serves on the House budget committee as well as the committee for transportation and infrastructure.

"I am also proud of the work we have accomplished with the Blue Dog Coalition to put our country on a sound fiscal path and promote civility and common-sense solutions amid the divisive, highly-partisan political climate in Washington," Shuler said.

He's the second Democratic congressman from North Carolina to announce plans not to run again. Last week, Rep. Brad Miller said he would step down after completing his fifth term.