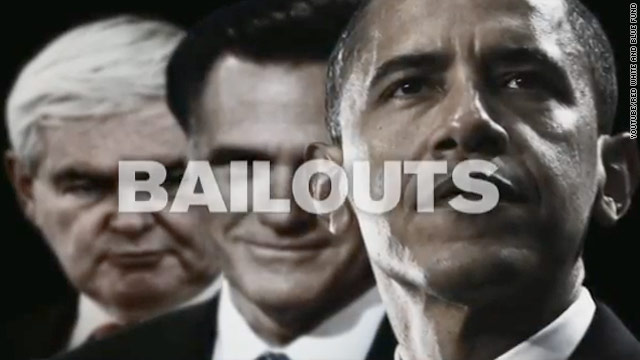 The spot, "Only One," is the second ad the Red, White and Blue Fund produced this week promoting Santorum in states with upcoming presidential contests. The group announced Wednesday they were running ads in Missouri ahead of the state's February 7 non-binding preference vote.

Minnesota holds presidential caucuses February 7, at which time the state's 40 delegates will be allocated.

The 30-second ad released Thursday makes the case that Santorum's rivals would promote the same positions as the incumbent Democrat Obama.

"They're not so different," an announcer says over photos of Romney and Gingrich. "Supporting big government that strangles our nation's ability to create jobs. Bailouts. Government run healthcare. Who can we trust?"

The answer, the ad says, is Santorum.

The Red White and Blue fund said Thursday they had spent close to $2 million supporting Santorum in two early voting states. The group said they spent $1 million in the weeks leading up to the Iowa caucuses, which Santorum eventually won.