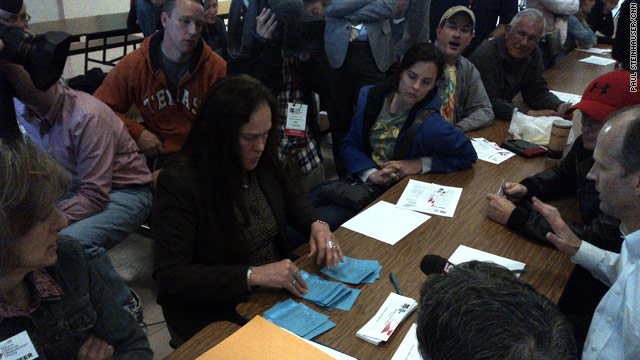 Before the ballots were cast, six people spoke on behalf of the candidates. Three spoke in favor of Paul, and three spoke for Romney.

After the speeches, ballots were distributed and voters made their picks.