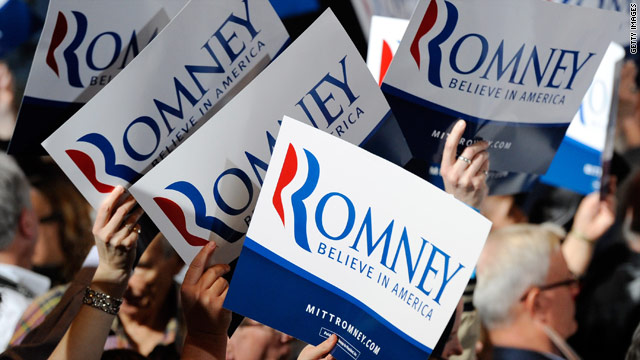 "American voters need someone who offers an alternative to the failed policies of President Barack Obama," the editorial read. "Romney is the candidate best able to do that."

The editorial board cited Romney's experience in the private sector at Bain Capital, as well as his time running the 2002 Olympic Games in Salt Lake City. His business experience, the board wrote, would prove effective in reducing the country's debt and deficit.

But above all, the board argued Romney was the most best-suited candidate to challenge Obama in November, especially in comparison to Newt Gingrich.

The former House speaker would not be a "sound choice" for Republicans, the board wrote, pointing to his 1997 ethics violation in the House, as well as his partnership with Nancy Pelosi in a commercial against climate change in 2008.

The board also hit Gingrich over his personal history, calling it an "easy target for ridicule."

"This alone would make Gingrich the Obama campaign's ideal challenger," the editorial read.

As for Rick Santorum and Ron Paul, the paper said the two candidates are unable to appeal to the Republican base.

"Santorum is more socially conservative than many Americans and lacks the executive experience of Romney," the board wrote. "Paul will be seen as an outlier unsuitable to the office."

While it supports Romney, the editorial board said the former Massachusetts governor has some work to do in addressing a few issues, notably his role in signing a health care bill as governor that has come under fire by some Republicans as being a model for President Barack Obama's sweeping health care reform.

In defense, Romney has repeatedly said that the Massachusetts bill was tailored for his state alone, and argues he would repeal Obama's health care reform law as president.

If he can clear those hurdles, the paper said Romney is the only who candidate who could face the president in the fall.

"Republicans should offer the voters of the United States a chief executive who is experienced at and unafraid of the often-unpopular job of turning things around. Romney fills that bill."

Ohio, a battleground in the November general election, holds its primary along with nine other states on March 6, also known as Super Tuesday.