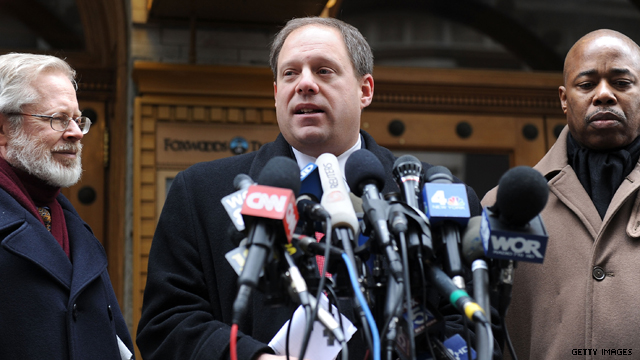 Dem takes steps to win back N.Y. district from GOP

(CNN) – Democrats have their first potential challenger to recapture a New York Congressional district that was won over by the GOP for the first time in decades last year.

State assemblyman Rory Lancman announced Tuesday he filed for an exploratory committee to potentially run against Republican Rep. Bob Turner in the heavily Democratic district that covers parts of Queens and Brooklyn.

While the district was widely expected to remain in Democratic hands last summer, Republicans captured a surprising victory after the race turned into a debate on U.S. policy towards Israel. The 9th Congressional District has one of, if not, the largest Jewish populations in the country.

Lanceman, who's served five years in the state assembly, said he would run a campaign focused on the middle class and financial reform.

With New York losing two seats after the latest census, however, the district has long expected to be on the chopping block in the state's current redistricting battle.