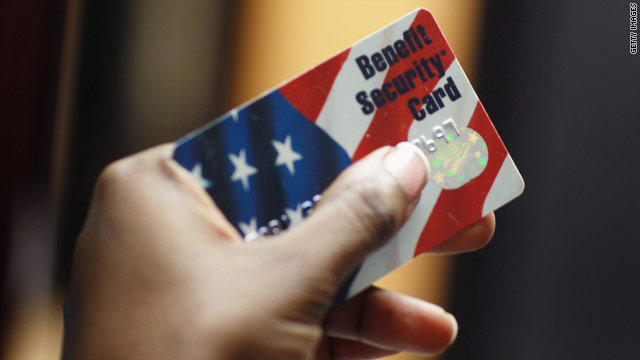 New York (CNNMoney) - More than one in three Americans lived in households that received Medicaid, food stamps or other means-based government assistance, according to a new report.

And when Social Security, Medicare and unemployment benefits are included, nearly half of the nation lived in a household that received a government check, according to the analysis of third-quarter 2010 Census data done by the Mercatus Center at George Washington University. That's more than 148 million Americans.