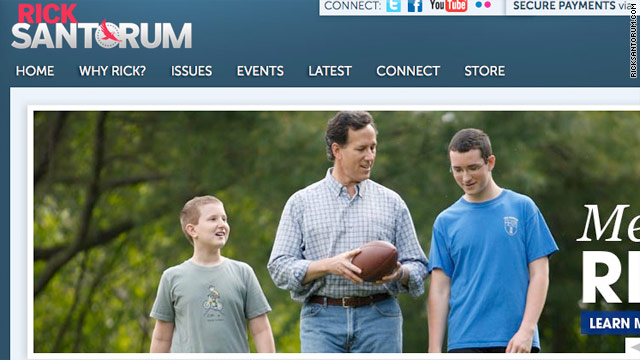 UPDATE 9:58 p.m. ET: Rick Santorum's campaign confirmed Wednesday they raised $1 million in the past 24 hours, with $800,000 coming from online donations.

(CNN) – The day after winning big in Missouri, Minnesota and Colorado, Rick Santorum’s campaign said they received an overwhelming response online, at one point seeing their website crash because of high volume.

A source with the campaign said Santorum’s website received twice as much traffic Wednesday as the day following the Iowa caucuses, which Santorum ultimately won.

Santorum wasn’t declared the winner of Iowa’s caucuses until several days after the contest, but his showing the state exceeded many political observers’ expectations.

The campaign also saw three times the number of donations it received on the day after Iowa. The source didn’t give a dollar figure for the amount raised Wednesday, and wasn’t sure if that information would be released.