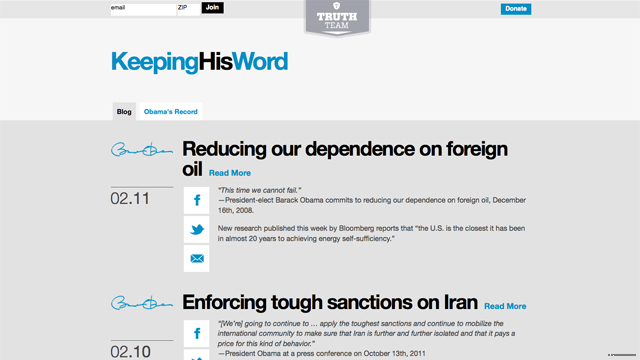 (CNN) - President Barack Obama's re-election campaign is launching what it calls a "Truth Team" to promote the president's achievements by responding to attacks on his record by Republicans and holding the eventual GOP presidential nominee accountable.

The "Truth Team" will consist of three websites, KeepingHisWord.com, Keeping GOPHonest.com and AttackWatch.com, which will live at the re-election team's main website, BarackObama.com.

The launch seems similar to the "Fight the Smears" initiative started by then-Sen. Obama's 2008 presidential campaign.