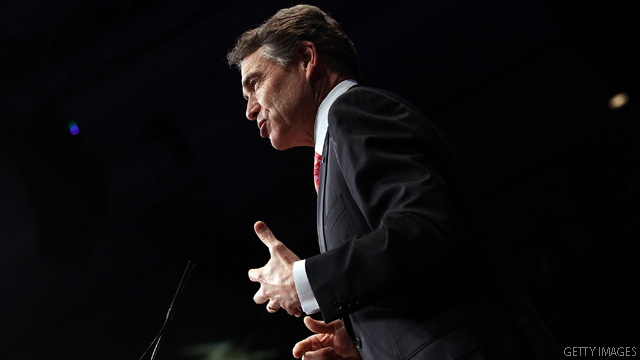 (CNN) – Rick Perry may "absolutely" run for president again and described the debates in the 2012 primary as good practice.

The Texas governor, who suspended his White House bid last month, also had positive memories about his presidential campaign.

"I tell people it was by far the most exhilarating thing that I've ever done," Perry told ABC News. "In a perfect world we would have started a lot earlier."

After an initial surge in national polling, Perry failed to gain traction and was plagued by less than stellar debate performances.

But Perry, now a Newt Gingrich backer, said the debates "have absolutely nothing to do with governing." When asked if they were good practice for 2016, Perry responded "Ya, could be."

"I think this race is completely open," Perry said. "I don't think anyone's got a lock on it at this particular point in time."

Playing political adviser, Perry opined that Romney should have changed his tune on the health care plan he signed while governor of Massachusetts that resembles the current national plan.

"I'd have said listen governor, you've got to stand up in front of the American people and say that what you did on health care in Massachusetts was wrong and he never did that," Perry said.