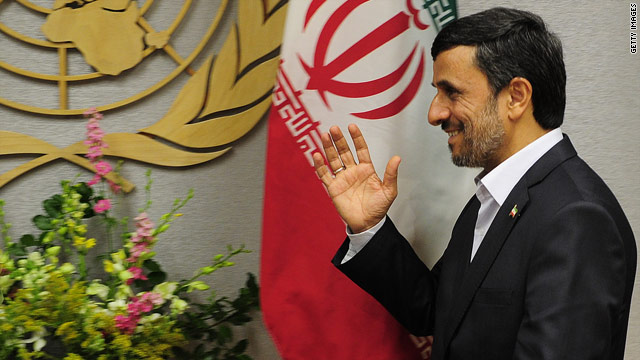 Washington (CNN) - A majority of Americans don't want the U.S. to take military action to force Iran to shut down its nuclear program, according to a new national survey.

A CNN/ORC International poll released Wednesday indicates that only 17% of the public wants the U.S. to use force, with 60% saying diplomatic or economic action against Iran is the right response, and 22% saying no action should be taken at this time.

The poll's release comes on the same day that Iran touted its mastery of the nuclear fuel cycle, with President Mahmoud Ahmadinejad, clad in a white lab coat, on hand to load domestically made fuel rods into the core of a Tehran reactor. State-run Press TV broadcast live images of the event, hailed by the Iranians as a major scientific advancement for the Islamic republic.

The first Iranian made nuclear fuel rods, produced by Iranian scientists at the Natanz facility in central Iran, are to be used at the Tehran Nuclear Research Center, which Iran says is used primarily for medical purposes.

Iran's latest activities have spiked tensions with Western powers, which believe Iran's atomic ambitions are focused on building a bomb. In December, the United States as well as several other nations announced increased sanctions against Iran in an international effort to tighten the screws around the suspected nuclear weapons program.

The survey indicates that men are slightly more willing to use military force than women, but that option is unpopular with both genders. Only 21% of men support military action against Iran; for women, that figure drops to 14%.

"This is one issue on which Republicans and Democrats agree," says CNN Polling Director Keating Holland. "Republicans are a little more likely than Democrats to prefer military action, but a majority of Republicans, independents and Democrats say they favor economic and diplomatic efforts over a military option."

The CNN poll was conducted by ORC International, with 1,026 adult Americans questioned by telephone. The survey's overall sampling error is plus or minus three percentage points.