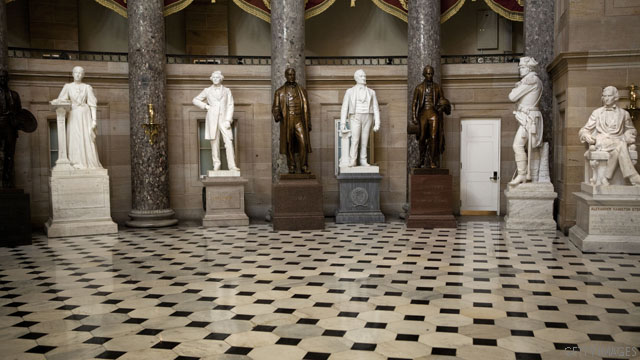 Washington (CNN) – What exactly is in this $150 billion Valentine's Day compromise on the table in Congress? Among the details: some significant changes to unemployment benefits. It's not out in public yet, but Republican and Democratic sources have given the CNN Hill team a look at some key specifics.

Keep reading for our quick and clear 101 of the deal.

From multiple sources unless otherwise noted

UNEMPLOYMENT BENEFITS
– Extends current levels and length of unemployment benefits through May. After that maximum lengths of benefits decrease in steps.
– On Sept. 1, max. unemployment benefits would fall to 73 weeks in the highest unemployment states. (GOP source says that's 9% unemployment or more.)
– On Sept. 1, unemployment benefits would drop to 63 weeks in states with average unemployment.
– Drug testing: Republicans say the deal would allow states to drug test unemployment beneficiaries if a) they are unemployed because of a failed or refused drug test or b) if they are applying for jobs that require drug testing.
– Long-term unemployed: would have to go through a "reemployment assessment", according to Republicans. This would assess what skills and services they need to be hired and require that they participate in recommended programs.
– Job search requirements: Republicans say the deal would issue a first set of "national job search requirements" for those receiving unemployment benefits. We are waiting for details on what that means.
– Cost: we need a new estimate for this, given the change in benefit lengths. It's expected to be less than the $30-$40 billion ten-month extension of the current 99-week max.
– Paid for? Yes. By broadband spectrum sales ($13 billion) and requiring federal employees to contribute more to pensions.

MEDICARE DOC FIX
– Blocks a 27% pay cut for doctors treating Medicare patients.
– That pay cut would otherwise be automatically triggered due to a federal payment formula which Congress has not revised. Instead, Congress has repeatedly voted to pay for short-term payment patches.
– Cost?: Approx. $20b. (Though again, we'd like to see a fresh estimate when it comes out.)
– Paid for? Yes. By cuts to Medicare and Medicaid providers, such as hospitals, labs and clinics.

- CNN's Kate Bolduan and Ted Barrett contributed to this report.