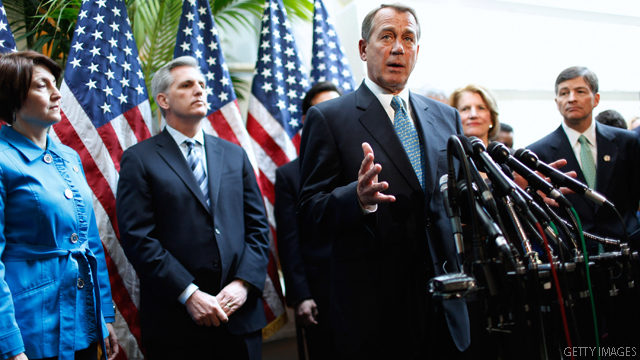 Washington (CNN) - House Speaker John Boehner told his Republican caucus Wednesday that the House will postpone voting on a massive transportation and energy bill until after the congressional recess scheduled for next week, according to multiple House Republican leadership aides.

The move was a sign that GOP leaders were still struggling to put together the votes to pass the measure that funds highway programs and includes several energy measures, including drilling in the Arctic National Wildlife Refuge (ANWR), and approval of the Keystone XL pipeline.