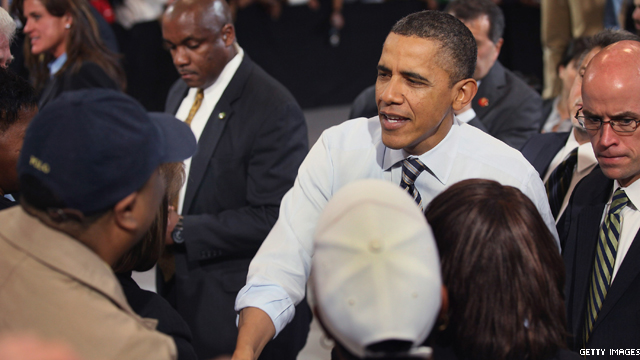 (CNN) - It's a whirlwind tour for the president this week as he travels west to continue pressing his message about strengthening the nation's sputtering economy. At the same time, he will also press some big money supporters to fill his campaign coffers.

In the end, after eight campaign events in three days, the bottom line will be an impressive $8.5 million dollars raised, split between the Obama campaign and the Democratic National Committee.