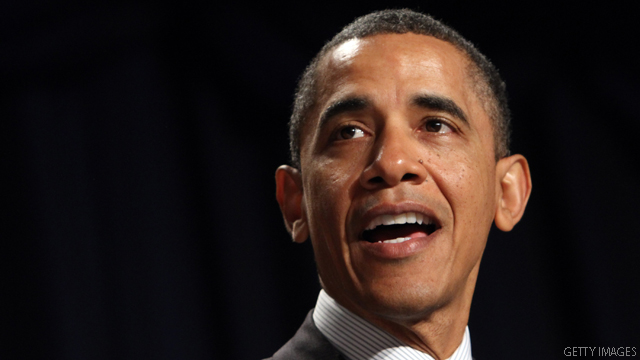 Last week, Obama for America 2012 manager Jim Messina let the word go forth it was OK by President Obama for his backers to give unlimited contributions to Priorities USA Action, a Super PAC co-founded by Burton.

The organization was set up just in case Mr. Obama put aside his expressed distaste for the Supreme Court decision, Citizens United v. FEC, that opened the door for unlimited donations and no advertising time restrictions for the PACs.

It's what Burton's been waiting for. "But I wouldn't say that anybody dropped off huge bags of cash," he chuckles.

"I think Democrats are predisposed to giving a little later in the cycle. I have no doubt that we'll have the resources," Burton adds, considering his group has set a target of raising $100 million between now and Election Day.

Burton served as national press secretary in the Obama '08 campaign and then as Deputy White House Press Secretary at the start of the administration. He figures Obama 2012 would probably raise about as much as the effort did in 2008, which was over $750 million. Early in the current presidential cycle, rumors abounded that the Obama team wanted to take in $1 billion.

In his capacity, Burton says that it's important to make up the difference. He figures Karl Rove's Crossroads GPS Super PAC, the anti-Obama businessmen brothers David and Charles Koch, plus the U.S. Chamber of Commerce, NRA "and the whole constellation of Republican groups [want to raise and spend] about $1.5 billion" to defeat Mr. Obama "just in outside money alone."

Charges of hypocrisy flew all around Washington when the Obama team announced its embrace of Priorities USA Action. At the 2010 State of the Union address, Mr. Obama looked down at the Supreme Court justices in the chamber and scolded them for the Citizens United decision.

Because of that, Obama supporters were reluctant to give to Priorities without the president's blessing.

"Republicans would love for Democrats to lay down arms and not compete using the same rules that they're playing by," Burton says, adding that the president still favors legislation to rein-in PAC efforts.

Now the arms, in the form of big checks, will be flowing to Burton's group.

Having seen what the Mitt Romney-backing Restore Our Future Super PAC has done in the GOP primary contest, Burton turns a question about being ready to fight fire with fire on its ear.

"You fight fire with water!" He considers it to be water from the font of truth; no mud-slinging. "There's enough information to run a fact-based, but hard-hitting campaign that helps define the choice" voters will face come November.