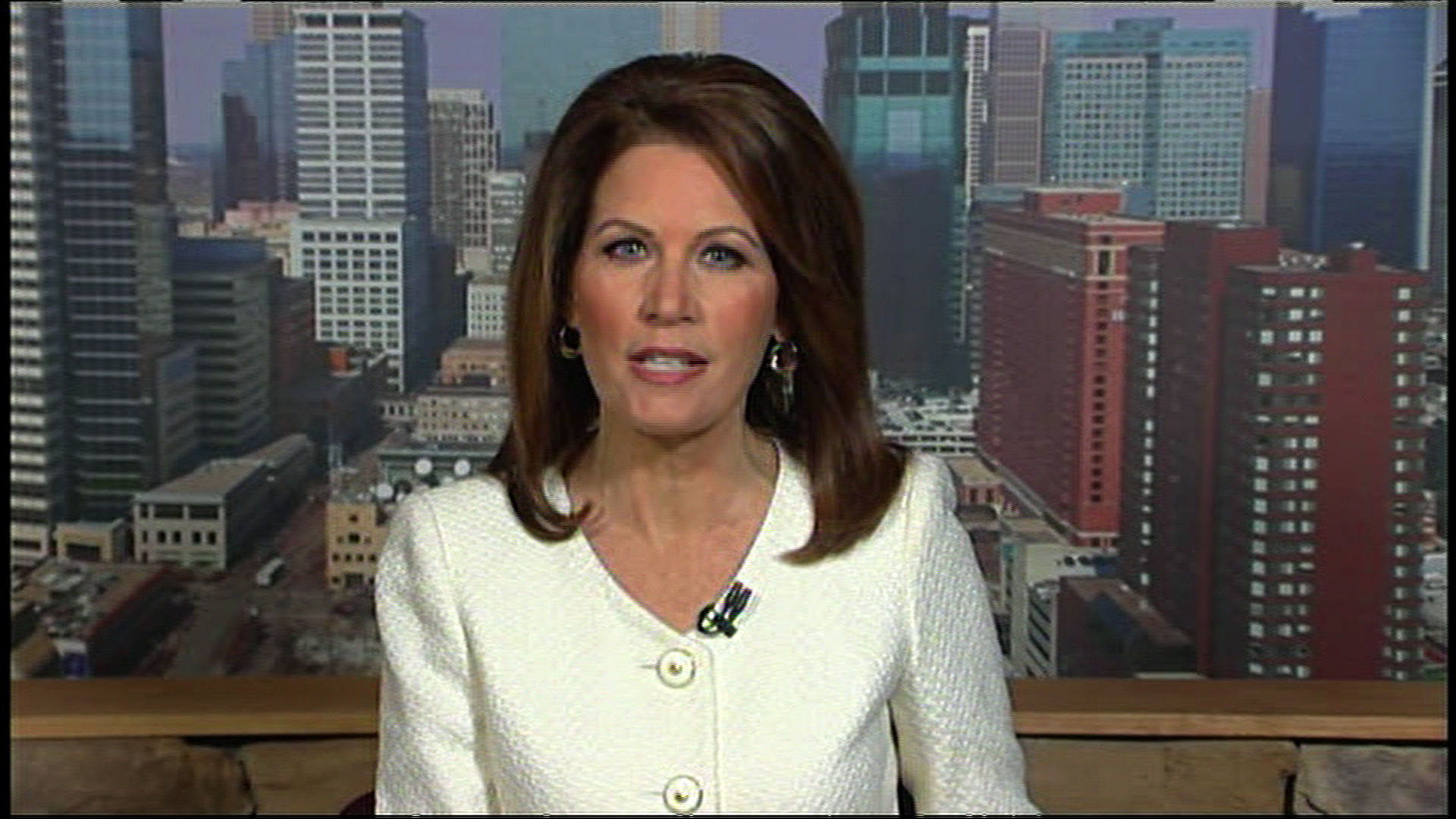 Her comments came after major Republican lawmakers and presidential candidates lambasted the Obama administration over a policy that would have required religious institutions to pay for contraception coverage of employees. The rule also took heat from some Democrats, notably Catholics whose religious teachings ban contraception.

The White House, which views birth control coverage as a “right,” has since said it would revise the rule and require insurance companies to offer contraception at no charge for women working at religiously-affiliated employers.

However, the issue has dominated political rhetoric as a larger social debate both on Capitol Hill and on the campaign trail in recent weeks.

Bachmann said the debate over contraception coverage had more to do with the president’s agenda than social narratives.

“The 3-D full-court demonstration is that now ‘Obamacare’ means that one individual, the president of the United States, has unprecedented breathtaking authority to make a decision about whatever health care service, whatever health care product, if he wants it offered or not offered,” Bachmann told CNN Chief Political Correspondent Candy Crowley.

Republican Gov. Mitch Daniels of Indiana, who flirted with a presidential bid last year, appeared on the same program Sunday and agreed the birth control issue would not hurt the Republican Party in the fall, as long as it was approached in the right manner.

“These are the questions that I think Republicans can unite on. They do have to be framed, as they really are, as the defense of individual freedom against the right now limitless power of the state,” Daniels said.