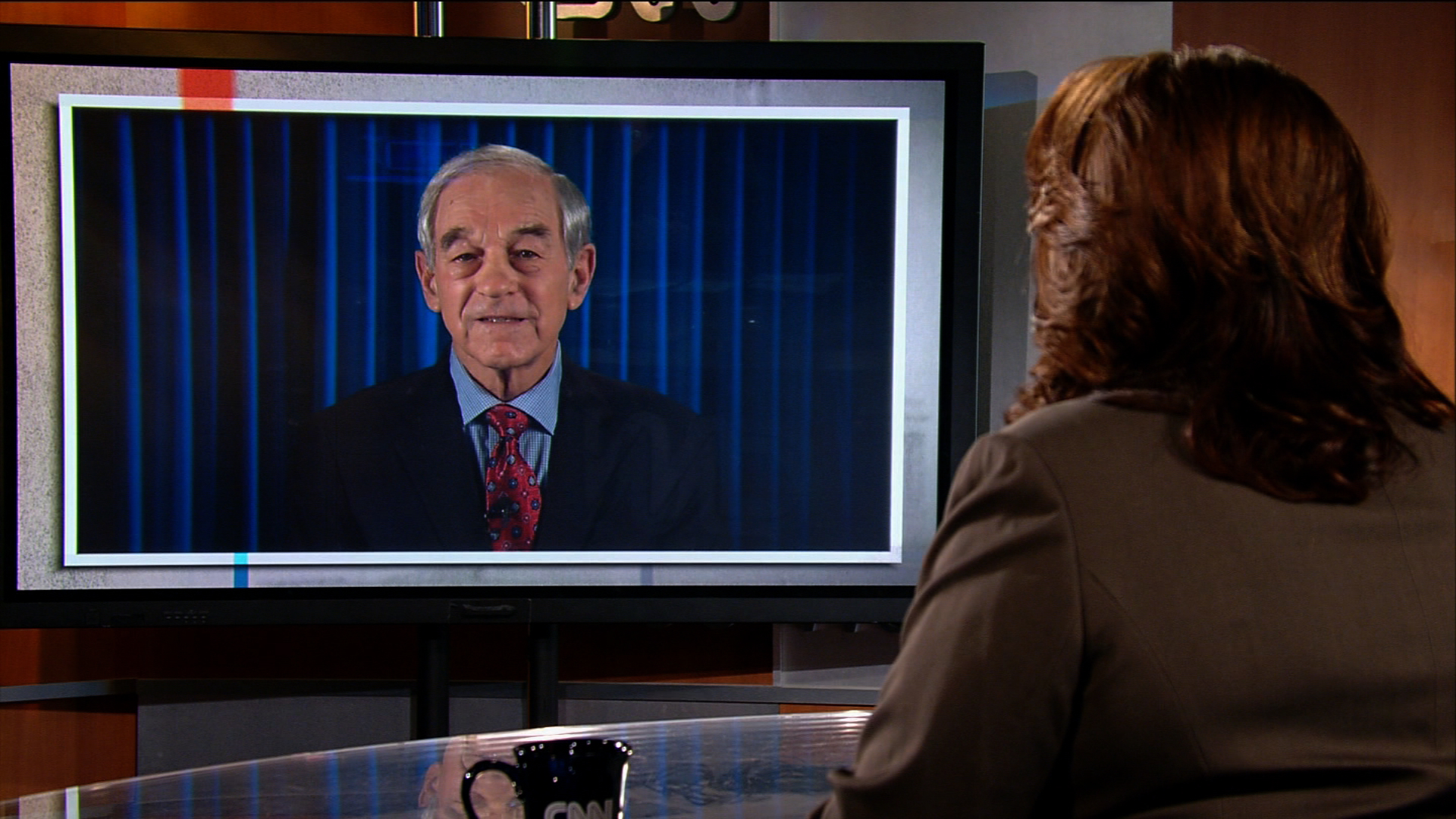 (CNN) – Ron Paul on Sunday re-launched his attack that Republican presidential rival Rick Santorum is a liberal, adding he doubts the former Pennsylvania senator could beat President Barack Obama in November if he wins the party's nomination.

"His voting record is, I think from my viewpoint, an atrocious voting record - how liberal he's been in all the things he's voted for over the many years he was in the Senate and in the House," Paul said on CNN's "State of the Union."

Paul has previously attacked Santorum for voting for the debt ceiling five times as a senator, as well as the infamous "Bridge to Nowhere" in Alaska that was considered unnecessary government spending.

On Sunday, the candidate specifically pointed to Santorum's high-profile comments on the recent birth control controversy, in which the White House amended a rule that would have required religious institutions to pay for contraception coverage.

While Santorum clarified his position on Friday, saying he believes "birth control can and should be available," the candidate was an outspoken critic of the contraception policy as being a form of government "coercion."

"It's not about contraception. It's about government control of our lives and it's got to stop," Santorum said in a February 10 speech at the Conservative Political Action Conference.

Paul, however, argued that the candidates, including Santorum, were focused on the wrong issues.

"This whole idea about that talking about the social issues and who is going to pay for birth control pills, I'm worried about undermining our civil liberties, the constant wars going on, the debt of $16 trillion," Paul told CNN Chief Political Correspondent Candy Crowley. "They are worried about birth control pills and here he wants to control people's social lives."

Asked if Santorum, who's now topping the polls in several key states with upcoming contests, could potentially beat Obama in the fall, Paul said he didn't "see how that's possible" and blasted the former senator as a candidate "pretending he's a conservative."

Paul also stood by comments he made in Kansas City on Saturday night, in which he said the country was "slipping into a fascist system."

He argued that big business and government have too strong of a bond, and while the United States does not have authoritarian rule, he pointed to examples of American citizens captured "by the military and held indefinitely without a trial" as evidence the country was headed in that direction.

"We're not there, but there's reasons why we should not be complacent," Paul warned.

The candidate has yet to win any state contests, unlike the other three GOP presidential contenders, but Paul reiterated he was still in the race for the long haul, anticipating a run that could extend to the Republican National Convention.

"I have to assume that it's going to go into August because we're not going to lock it up in May, obviously," Paul said. "I anticipate it's going to go on for a while. And that's certainly what the supporters want me to do."