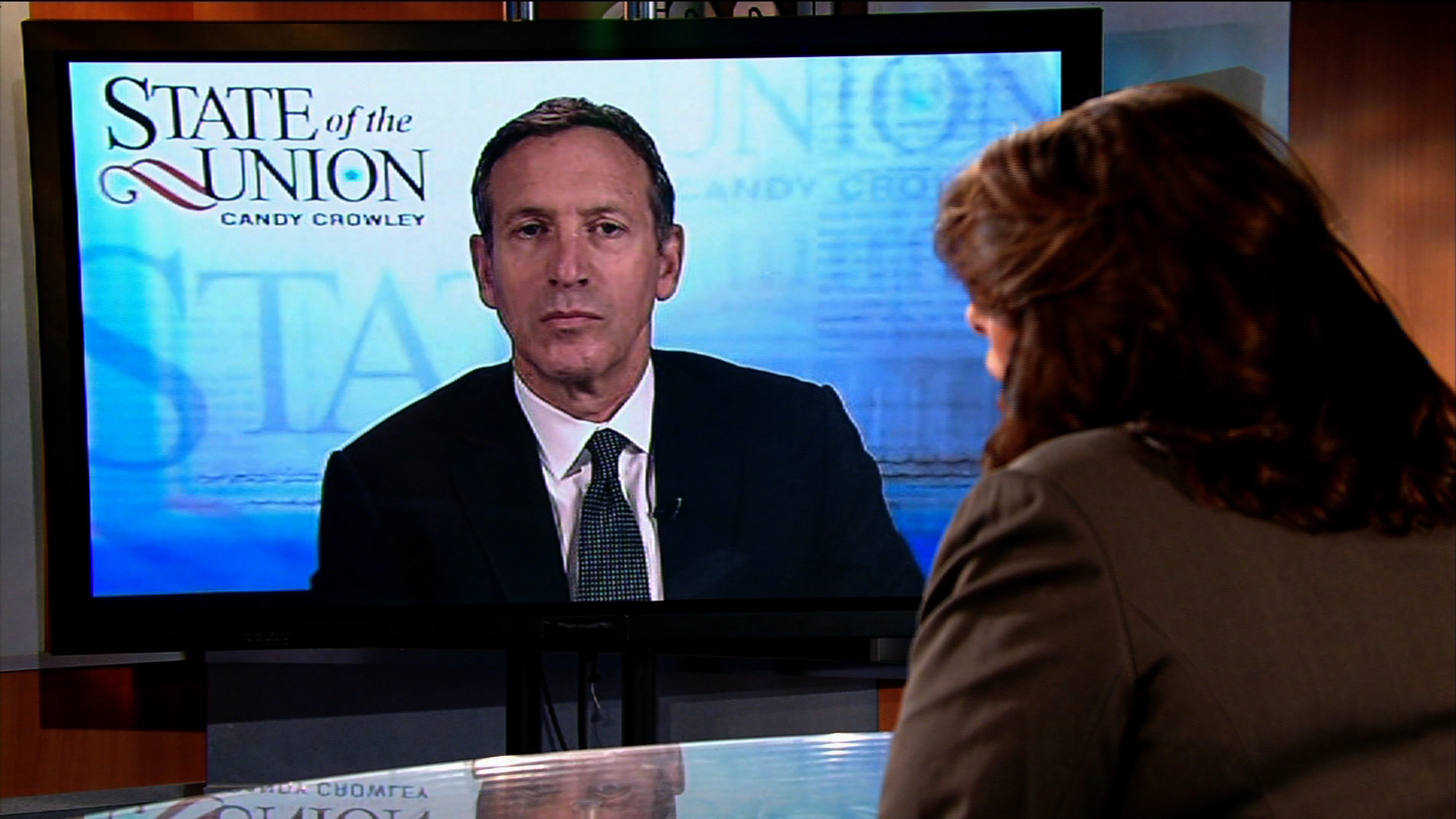 “The fact that we're arguing constantly, day in and day out, about ideology as our partisanship and everyone in Washington is more concerned about re-election than the core issues of the country, there's something significantly wrong,” he said on CNN’s “State of the Union.”

Schultz has long been calling on the nation’s capital to step up and amplify its job creation efforts. Last year, he rallied other CEOs to promise not to make campaign donations as a sign of protest against what he sees as failed leadership in the political landscape.

His company is now spearheading its own employment program, raising funds for a campaign called “Create Jobs for USA” that distributes loans to small businesses.

“It's not a Republican or a Democratic problem,” Schultz said, referring to the economy. “It's a problem in the fact that we are not gaining access to the leadership and the results that we need.”

Schultz was paid more than $65 million in fiscal year 2011, including salary, bonuses and stock options. In the same year, the company reported net revenues of $3.4 billion, and net earnings rose 10% over the previous year to $382 million.

Amid speculation the CEO would one day seek political office, Schultz denied he was pursuing such an endeavor.

“I have no interest in public office. I have only one interest, and that is I want the country to be on the right track,” Schultz told CNN Chief Political Correspondent Candy Crowley. “I just feel that for some reason, over the last few years, there's been a fracturing of understanding and sensibility about the responsibility that the leadership in Washington must have to the people who are being left behind.”