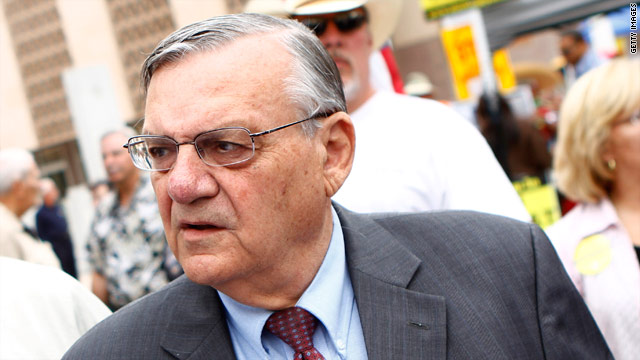 Arpaio said he plans to endorse one of the four remaining GOP candidates in the coming weeks. But the sheriff added he would not make his choice known before he announces the findings of his birth certificate probe at a news conference set for March 1st. This endorsement would be his second in the race; in November 2011, he endorsed then-candidate Rick Perry.

Santorum, he said, seemed to have no problem with the nature of his investigation.

"He had no problems with what I told him that I may be doing," Arpaio told reporters.

The sheriff said he is conducting the investigation after receiving requests from "the tea party."

Arpaio added he believes he is doing the president a favor.

"I really started this on the theory that maybe I could clear this mess up," Arpaio told reporters. "Wouldn't it be nice for me to do that?"

The White House released the president's birth certificate last year. Officials in Hawaii where Obama was born have verified its authenticity.

A federal Department of Justice investigation into Arpaio's office made public in December described "a pervasive culture of discriminatory bias against Latinos at MCSO that reaches the highest levels of the agency."

He dismissed the allegations as a politically-driven "witch hunt."