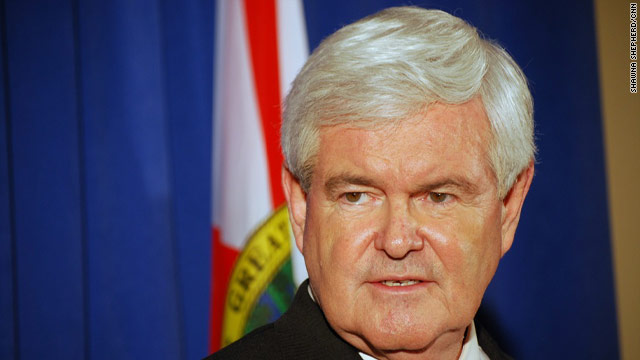 After a bruising debate performance nearly a month ago in Florida, the former House speaker has a chance to redeem himself this week in Mesa, Arizona.

Gingrich regularly holds events the day of debates, while some of his opponents avoid campaigning to prepare. For the first time on a debate day, his schedule Wednesday is empty.

Despite the pressure to reignite his candidacy, Gingrich implied Tuesday he has not given much thought to the debate, telling reporters in Oklahoma City the debate was "too far away." When pushed for specifics about how he was preparing he said, "I don't know."

Gingrich spokesman R.C. Hammond, who in the past has boasted that debate prep involved watching "Bridesmaids" and "Anchorman" on the campaign bus, also avoided revealing Gingrich's debate strategy.

When asked if the candidate was planning a new approach, Hammond said, "I don't know. I'll tell you afterwards to see if it worked."

While Gingrich's January debate performance was generally seen as weak, prior debates provided the former House speaker with strong moments, particularly during his attacks on the media and President Barack Obama.

Gingrich often jokes that his two debate coaches are his 10 and 12-year-old grandchildren.

The debate in Mesa, Arizona is the last time Gingrich will be on stage with his opponents before the next rounds of nominating contests, which begin next week in Arizona and Michigan and continue on Super Tuesday, March 6.

Since the candidates' last debate in January, former Pennsylvania Sen. Rick Santorum has picked up steam and is threatening Gingrich's presidential prospects.