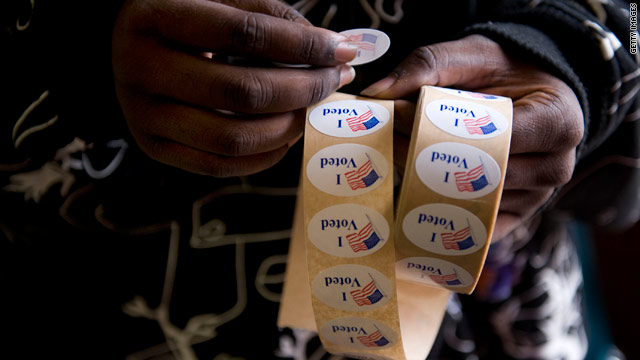 Over 200,000 ballots already cast in Arizona

Mesa, Arizona (CNN) - Arizona's Republican presidential primary is still a week away, but more than 200,000 people have already cast ballots.

"I would say turnout is good," said Evonne Reed, a public information officer in the Maricopa County Recorder's office.

She added, "This isn't quite like 2008. There was a little more excitement because of the competition."

Early voting in Arizona began on February 2, and the conventional wisdom is that ballots returned in the first week may favor Romney, who had just come off an impressive victory in the Florida primary and went on to crush the rest of the GOP candidates in the Nevada caucuses. Former Sen. Rick Santorum of Pennsylvania did not begin to surge in public opinion polls in Arizona until after his sweep of the February 7 contests in Colorado, Minnesota and Missouri.