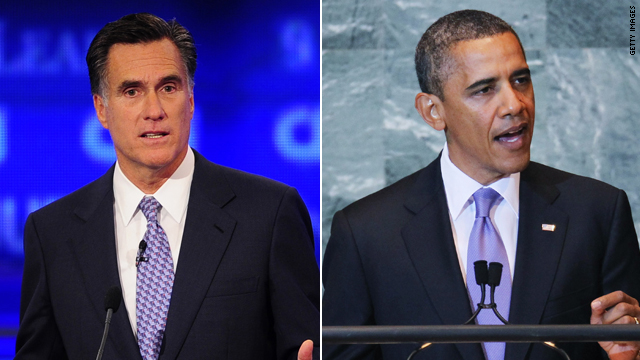 Milford, Michigan (CNN) - Mitt Romney invoked the language of the Occupy Wall Street movement Thursday when asked how he would defend himself against efforts by President Barack Obama to paint him as a "wealthy Wall Street capitalist."

Romney was responding to a question from a member of a tea party group in Michigan, which came during a campaign town hall that focused generally on the economy and the role of the federal government.

The event's moderator told Romney the economic issues at the forefront of the campaign would "provide Barack Obama many opportunities to demonize you as a wealthy Wall Street capitalist who has taken advantage of the system for your own personal gain."

"While you haven't done anything against the law, President Obama might twist your record and take it out of context," the moderator said. "How do you defend yourself and turn the tables and go on the offensive?"

Romney seemed to agree with the premise, and warned his supporters that Obama would try to separate Americans into the haves and the have-nots in order to win reelection in the fall.

"He will divide the 1% versus the 99%, and that's very tempting to fall into that kind of attack," he said. "When you're in trouble, finding a scapegoat and attacking is a ploy that's been used over the years by people in trouble."

"Governor Romney even today suggested raising taxes on the top 1%, adopting the Occupy Wall Street rhetoric," Santorum said, in a reference to Romney's tax proposal. "I'm not going to adopt that rhetoric."

In an event earlier that day, Romney said he would limit deductions and exemptions for higher-earning Americans while lowering taxes on all individual taxpayers by 20%.

Romney told the Chandler, Arizona audience that his plan was targeted to help the middle class, explaining he would "make sure the top 1% keeps paying the current share they're paying or more."

Romney's campaign events have been disrupted by Occupy protesters on several occasions. The GOP candidate has pushed back, arguing that his policies would be more successful than Obama's in turning around the economy and creating jobs.