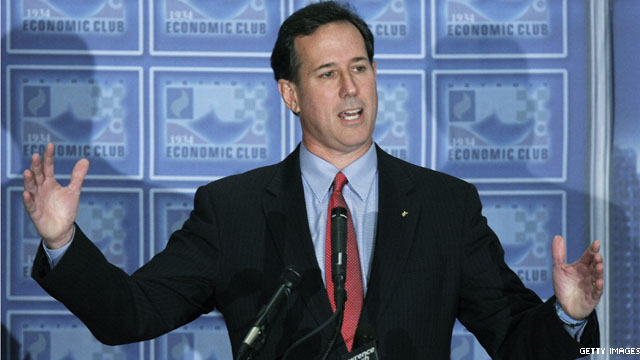 (CNN) – In his home state of Pennsylvania, Rick Santorum has a sizable lead over his rivals for the Republican presidential nomination, according to a poll released Thursday.

Santorum, a former US senator from the state, more than doubled the support for his closest competitor with 45%, the Franklin and Marshall College poll showed. Former Massachusetts Gov. Mitt Romney stood at 16%, former House Speaker Newt Gingrich registered at 9%, and Texas Rep. Ron Paul had 7%.

Nearly a quarter of Pennsylvania voters remain undecided, and 46% of those supporting each Santorum and Romney say their decision is not yet final.

Pennsylvania does not vote until April 24, but the candidates' battles for their home states has been highlighted by two upcoming contests. Romney was born in Michigan, which votes on Tuesday, and Gingrich represented a House district in Georgia, which votes on March 6, Super Tuesday. Pennsylvania is also considered a battleground state in the general election.

Santorum's favorability in the state increased 17% in the last month, according to the survey, as he won races in Iowa, Colorado, Missouri, and Minnesota. Romney's favorability dipped six points in the same time frame.

But in head-to-head matchups, the poll showed President Barack Obama with an advantage over each Santorum and Romney.