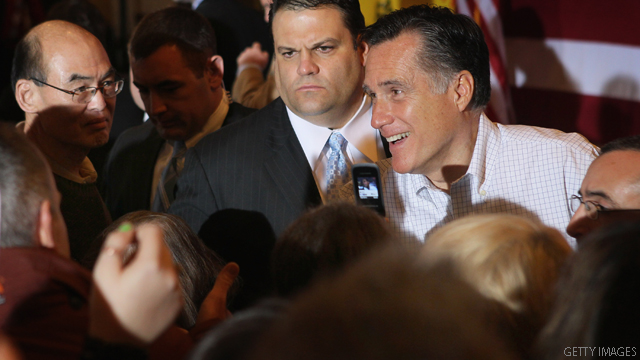 The Arizona Republic editorial said Romney would not be a "passion president," but called the former Massachusetts governor the "most prepared" of the 2012 contenders.

"There are better orators in American politics … And certainly there are Republicans who better project the passion for the office they seek," the piece read. "But there is eloquence in achievement."

Unlike the "unpredictable volatility of a Newt Gingrich" and "culture warriors like Rick Santorum," Romney's private and public background prove he is the most "prudent, responsible and electable of the four GOP candidates," according to the article.

The editorial board also pushed back against claims Romney is out of touch by pointing to his personal life, including his 42-year marriage and five sons.

"In a tie of enormous social upheaval, he is remarkable for maintaining a wholly unsensational personal life," the piece said.

The most recent polls indicate Romney has a double digit lead over Santorum and the rest of the field in Arizona, where early voting began on February 2. Twenty-nine "winner-take-all" delegates are at stake in Tuesday's primary.