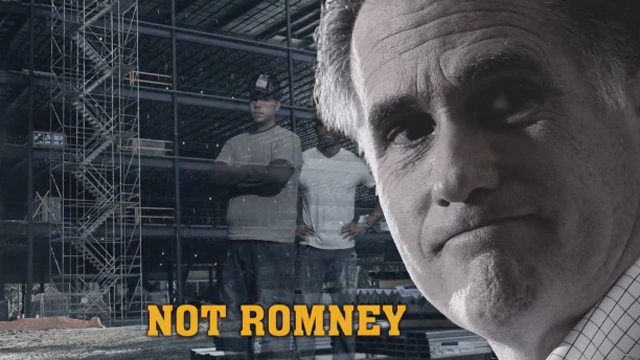 (CNN) – Rick Santorum's latest ad in Michigan continues to take on rival Mitt Romney, but over the economy in this round.

The 30-second spot contrasts Santorum's economic plan with Romney's past support of the Wall Street bailouts.

"He supported the Wall Street bailouts, while turning his back on Michigan workers," the narrator says. "But Rick Santorum's made in the U.S.A. plan changes everything. It cuts taxes for Michigan manufacturers to zero, so we can bring back American jobs from overseas."

The new ad, like Thursday's social issue-centered commercial, is set to run statewide through Tuesday's primary, according to the campaign. It comes on the same day as Michigan native Romney is scheduled to deliver an address at the Detroit Economic Club.

Team Romney said Santorum's campaign is "lashing out with desperate and false attacks in order to prop up his sinking campaign."

"His 'Made in the USA' slogan is also only a slogan, as he drives a German-made Audi," spokesperson Andrea Saul said in an email.

Recent Wolverine State polling shows Romney and Santorum locked in a tight race for the top spot ahead of Tuesday's primary there. The 2012 contenders are vying for support from Republicans, Democrats and independents, all of whom are allowed to participate in the state's open contest.