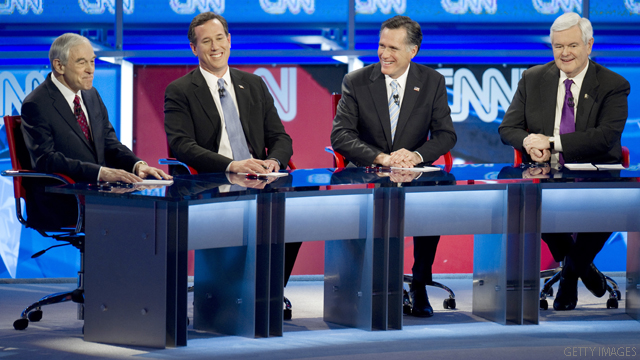 (CNN) - Republican presidential candidates Mitt Romney and Rick Santorum will spend Friday stumping for votes Michigan, where polls show the two candidates in a virtual tie four days before what has emerged as a critical contest in the fight for the GOP nomination.

A Romney loss in his childhood home state would undermine the former governor's claim to frontrunner status and throw the GOP race into turmoil. A Santorum win would clearly establish the former Pennsylvania senator as the main conservative challenger to Romney heading into the March 6 Super Tuesday primaries and caucuses.