Hixson, Tennessee (CNN) - GOP presidential hopeful Rick Santorum brought a crowd in Tennessee to its feet Saturday when he told them "true happiness comes from doing God's will in your life"

"True happiness comes from doing what you ought to do," he continued. "Real happiness is not doing whatever you want. In many ways it's self-sacrificial"
END_OF_DOCUMENT_TOKEN_TO_BE_REPLACED

(CNN) – Rick Santorum, who last week enjoyed a 10-point nationwide lead over Mitt Romney, is now within one point of his chief GOP rival after dropping several points in Gallup's daily tracking poll.

The survey taken February 22-24 showed Santorum with the backing of 31% of registered Republicans and Republican-leaning independents, down two points from Friday and down five points from his peak on Wednesday.
END_OF_DOCUMENT_TOKEN_TO_BE_REPLACED

Ann Romney offers to stand in for her husband at debates

Let her take the stage.
END_OF_DOCUMENT_TOKEN_TO_BE_REPLACED 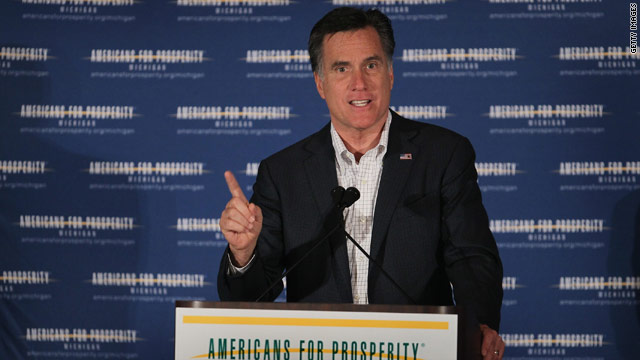 In a bid to win over conservative voters attending the Americans for Prosperity forum in Troy, Michigan, Romney touted his “principled conservative leadership” and detailed his record opposing abortion rights as Massachusetts governor - a record that has long been scrutinized by some social conservatives.
END_OF_DOCUMENT_TOKEN_TO_BE_REPLACED 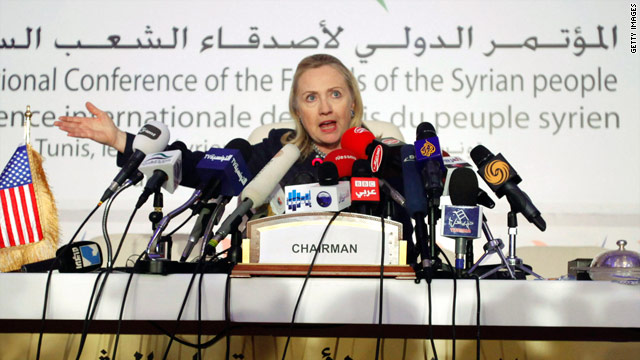 (CNN) – Secretary of State Hillary Clinton sounded a confident note on her boss' reelection prospects in Tunisia Saturday, telling a group of Arab students President Barack Obama would be president for another four years.

"He will be re-elected president," Clinton said in Tunis. "I think that will be a very clear signal to the entire world as to what our values are and what our president believes."
END_OF_DOCUMENT_TOKEN_TO_BE_REPLACED 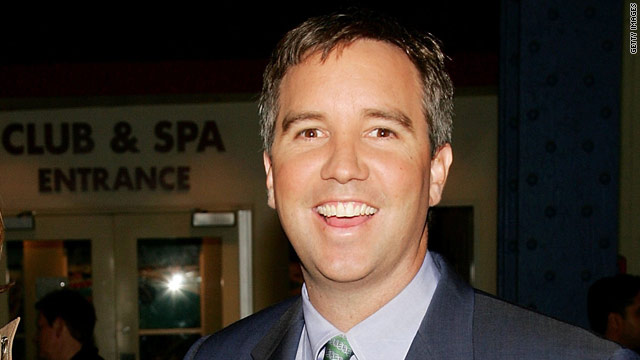 Son of Robert F. Kennedy charged over clash with nurses

New York (CNN) - Robert F. Kennedy's son, Douglas, faces misdemeanor charges over an incident at a New York hospital last month in which he knocked down a nurse while holding his newborn son, attorneys for both sides say.

He was arraigned Thursday on harassment charges, both attorneys said. 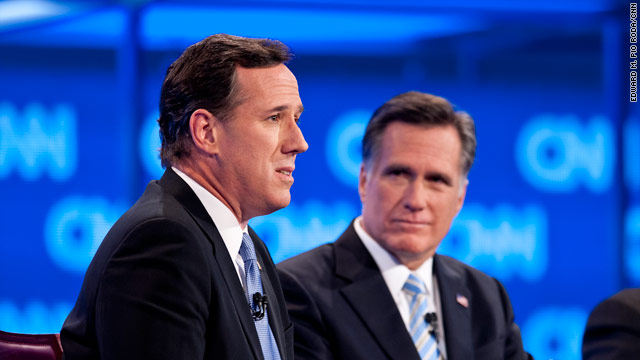 Poll: Gap shrinking between Romney and Santorum in Arizona

(CNN) – A poll of Arizona Republican primary voters released Saturday shows Mitt Romney with a slight advantage over his closest rival Rick Santorum, though the gap between the candidates is shrinking.

The survey from the American Research Group showed Romney with the backing of 39% of likely primary voters, compared to 35% who support Santorum. The poll was taken February 23-24, entirely after CNN's Arizona presidential debate, which took place Wednesday. Arizona voters go to the polls Tuesday.
END_OF_DOCUMENT_TOKEN_TO_BE_REPLACED

(CNN) – Rick Santorum's assault on rival Mitt Romney continued Saturday in Romney's home state of Michigan, the site of a hotly contested presidential primary that has the potential to transform the GOP race for the White House.

Speaking to a crowd in St. Clair Shores, Santorum ripped into Romney for his role in implementing a state-wide health care plan as governor of Massachusetts that resembles the Affordable Care Act, dubbed by Republicans "Obamacare."
END_OF_DOCUMENT_TOKEN_TO_BE_REPLACED

(CNN) - Rising gas prices, on the minds of many Americans, were the focus of Saturday's weekly addresses from President Barack Obama and Republican Texas Sen. Kay Bailey Hutchison.

In his address, Obama built on an energy speech delivered earlier this week, saying America needed an "all-of-the-above" energy policy that incorporates more than just drilling for oil.
END_OF_DOCUMENT_TOKEN_TO_BE_REPLACED