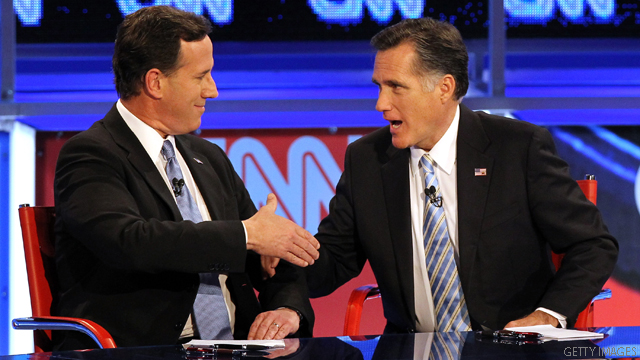 Washington (CNN) - Mitt Romney and Rick Santorum made their final push for votes Monday on the eve of primaries in Arizona and Michigan, as new polls indicated that the Republican presidential race remains close and volatile.

After a relative lull in the campaign, Tuesday's primaries bring new focus and urgency to the campaigns of front-runners Romney and Santorum as well as trailing candidates Newt Gingrich and Rep. Ron Paul.