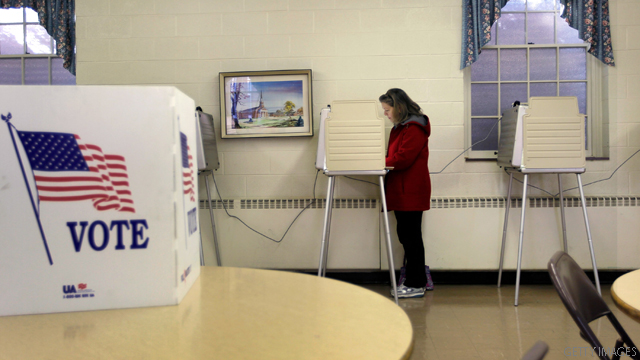 Expected turnout down in Michigan

(CNN) - The Michigan Secretary of State's Office on Tuesday estimated turnout in the Republican primary will represent between 15% and 20% of registered voters.

If the prediction holds, the figure would represent a decrease from the 21% who participated in the 2008 contest. Michigan hosts an open GOP primary, which means any registered voter may participate.

Although the state does not have in-person early voting, 243,575 people requested Republican ballots ahead of the primary, 219,153 of which were returned, according to the office.

It did not have an estimate for what percent of the total turnout would be represented by absentee votes, but analysts have said it usually represents under 20%.