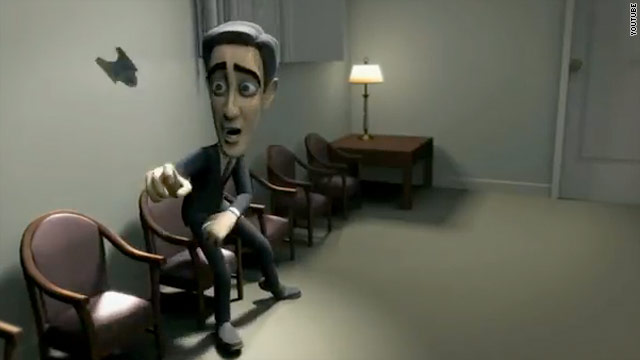 The group, Winning our Future, will run ads beginning Tuesday in Georgia, Tennessee, Ohio and Oklahoma. Those four states vote March 6, Super Tuesday. Starting Wednesday the organization will run ads in Kansas, which votes March 10, and Alabama and Mississippi, which vote March 13. The group thinks the ads will stay up through each of the states' primaries, but would not discuss the amount of money spent on the buy.

Three different spots from Winning our Future mock Romney as out of touch with average voters, as well as prone to changing his positions for political gain. One thirty-second ad, called "It's time to choose Newt," features a female voter questioning Romney's consistency, saying, "I can't figure out what he stands for. It changes."

A 60 second version of the spot pairs the anti-Romney voters with Gingrich supporters, who laud the former House speaker for his energy plan and record in Washington.

"Not everyone in Washington likes Newt," one voter says. "Maybe that's a good thing."

A third ad from Winning our Future shows a cartoon version of Romney in a waiting room, looking anxious as he watches a news report on television.

"After five years of running for president, Mitt Romney is queued up to be the GOP establishment's next guy in line," an announcer says. "However conservatives are fed up with the establishment picking the candidate for us."

The report continues, "With the nation at risk, we need a true conservative leader who acts on principle."

Romney, who is holding a numbered ticket as the candidate "next in line," gets more nervous as the report goes on. Finally, the announcer declares, "As America rises up and speaks, Romney's plans go out the window."

The ad ends with Romney's ticket symbolically blowing away in the wind.

Asked his choice for president, a caller named Joey says: "It ain't nobody named Mitt, that's for sure. Something about him. He's not one of us. He's not tough enough. And Rick, he's not my guy either. What's he ever done?"

"When typical Washington politicians like Rick Santorum and Newt Gingrich get desperate, they resort to false and dishonest attack ads like these," Williams said. "Rick Santorum and Newt Gingrich will do and say anything to distract from their long careers in Congress and their support for business as usual in Washington. Governor Romney is a conservative businessman who is running to cut spending, limit government and turn around our struggling economy."

Sheldon Adelson's contribution last week to Winning Our Future was "on par" with his and his wife's previous contributions of $5 million each, a source familiar with the contribution confirmed to CNN. The source refused to give a specific amount. A spokesman for Adelson has not commented on the donor's new contribution.