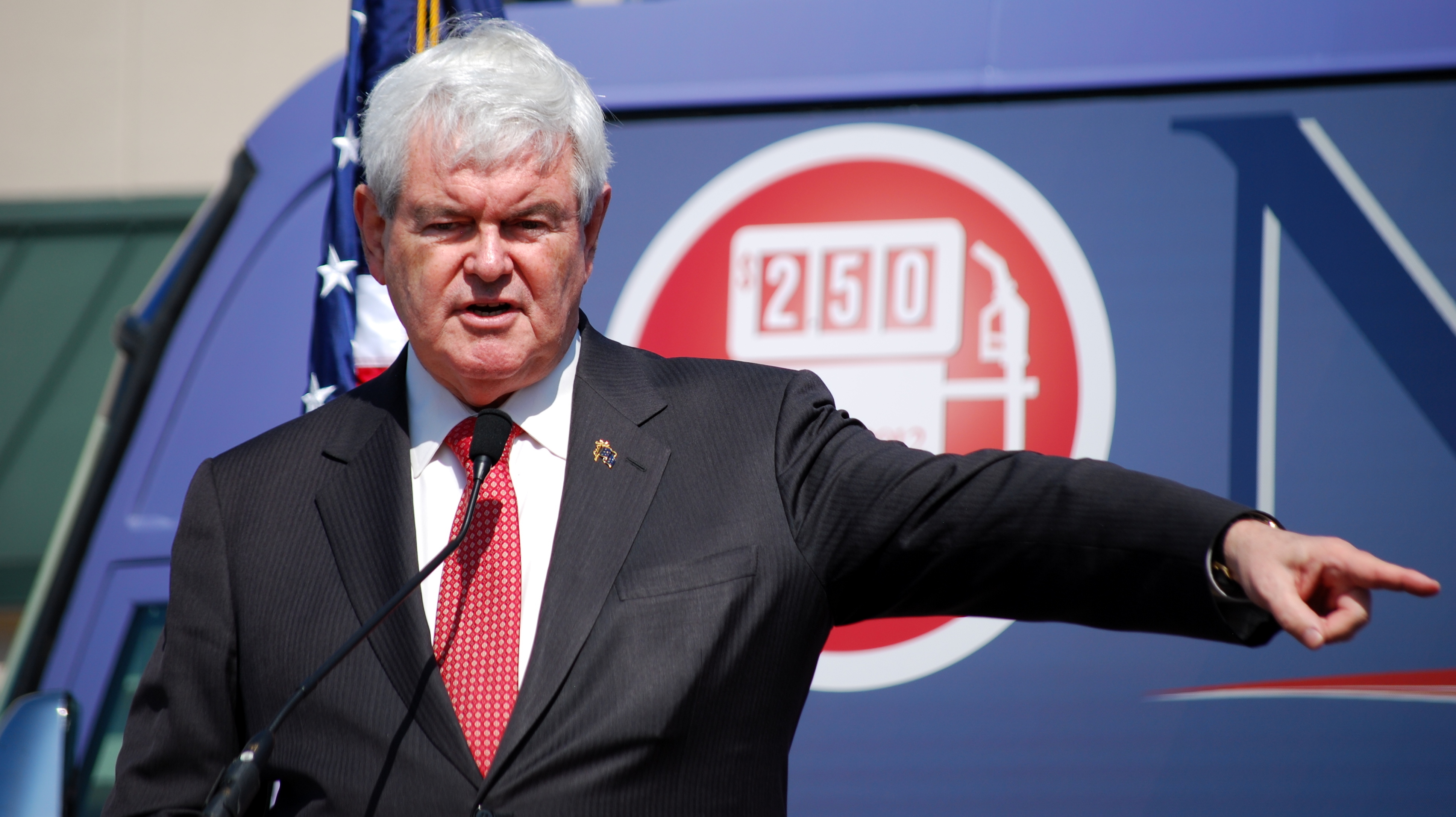 Spokesperson R.C. Hammond said the call was recorded Thursday and will go out by the weekend to 150,000 households in Oklahoma and Tennessee.

The call was recorded by a woman and says Santorum “talks a good game about his blue collar roots.”

“As senator from Pennsylvania, Santorum cozied up to the labor union bosses and voted for the AFL-CIO and against a national ‘right to work’ bill that would have let workers opt out of paying union dues.”

The call concludes with, “Rick Santorum, friend of working families or the union bosses’ pal. You decide.”

Hammond linked the surging Republican presidential candidate to a famous labor union leader who disappeared in 1975.

“Santorum has a Jimmy Hoffa problem. He’s trying to bury his big labor voting record in the end zone of this campaign,” said Hammond.

Gingrich, a former Georgia congressman and House speaker, is campaigning vigorously in his home state. But he is also hoping to pick up delegates on March 6 in Oklahoma and Tennessee.