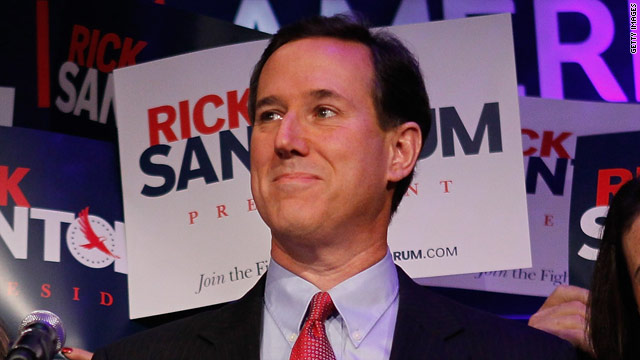 Washington (CNN) – Rick Santorum is facing an approximate 6-1 spending deficit in the key battleground of Ohio but the super PAC supporting him is trying to narrow that disadvantage.

The Red, White and Blue Fund bought an additional $257,000 of ad time in the state Thursday, the group's spokesman, Stuart Roy, told CNN.

Santorum's campaign is also up with a cable buy there.

When combined Mitt Romney and the super PAC supporting his candidacy, Restore Our Future, have bought $3 million of television and radio time through next Tuesday's Ohio primary, according to a Republican media strategist not aligned with any of the campaigns.

In Ohio Restore Our Future is running a spot hitting Santorum on voting to raise the debt ceiling five times and billions in congressional earmarks.