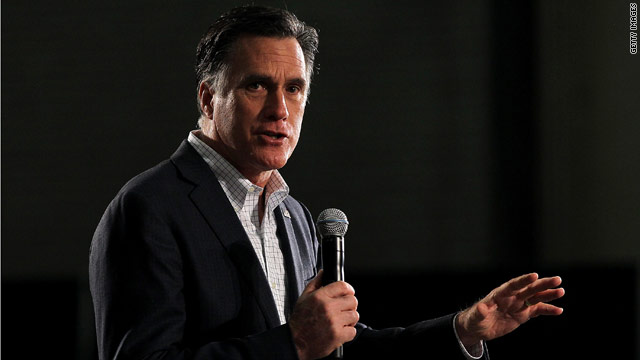 (CNN) – The largest newspaper in Savannah, Georgia, on Thursday endorsed presidential hopeful Mitt Romney over rival Newt Gingrich because Romney, the paper said, is "the one GOP challenger who has the best chance of winning" against President Barack Obama.

"Newt comes with more baggage than a luggage carousel at Hartsfield-Jackson International Airport," the Savannah Morning News wrote of their state's own. "[W]inning enough states to beat Mr. Obama in a national election is the longest of long shots. That's because moderate, independent voters who tipped the balance Mr. Obama's way four years ago are unlikely to go Newt's way in November."

Recent polling suggested Gingrich, who once represented the state in Congress, has a double-digit lead over the rest of the field in Georgia, and he campaigns in Atlanta, Macon, and Woodstock on Thursday. In February, he told reporters that a win in the state for him is "very crucial."

"I would hope to win here and I think, given the years that I spent both helping represent the state in Congress but also helping grow the Republican Party, I think I have some reasonably good likelihood of winning here," he said.

Gingrich won the South Carolina primary in January, but has not placed above third in the last seven contests.

Romney, the paper argues, emerges with an "extensive business background" from a flawed GOP field. Social conservative Rick Santorum's "sincerity endears him to voters" but can "turn off or even repel" independent voters; Ron Paul "keeps things lively" but is "not a GOP nominee who's capable of uniting the party to beat Mr. Obama."

The paper allowed that Gingrich, who represented Georgia but now lives in Virginia, is a "tenacious debater," but said Romney would be best among the GOP field at winning swing states and, should he be elected president, handling the economy.

"Mr. Romney may not be the debater that Mr. Gingrich is (although he's getting better)," the Morning News published. "Georgia Republicans who want to win the White House should wake up and see the road map. They may be fond of Newt and Mr. Santorum today. But if victory in November is the goal, Mitt Romney should get their support in next Tuesday's Georgia GOP primary."