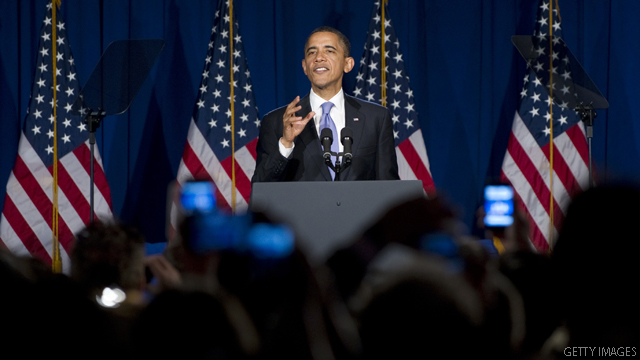 Ohio poll: Obama edging up but still under 50%

(CNN) - President's Barack Obama's approval rating is edging up in a crucial battleground state, according to a new poll.

The University of Cincinnati's latest Ohio Poll, released Friday, indicates that 47% of Ohio residents approve of the job the president's doing, with 49% saying they disapprove of how Obama's handling his duties.

The president's approval rating in Ohio stood at 43%, with 50% disapproving last July, according to the survey.

It's the same divide among the smaller pool of just registered voters in the Buckeye State, with 48% approving and 49% giving Obama a thumbs down.

According to the survey, just 43% approve of the job Obama's doing on the economy, with 49% giving him a thumbs up on how he's handling foreign affairs.

Ohio's 18 electoral votes are expected to be pivotal to the 2012 presidential election. President George W. Bush sealed his 2004 re-election by narrowly winning the state over the Democratic challenger, Sen. John Kerry. In 2008 then-Sen. Obama took the state by 5 points over Sen. John McCain. But the GOP won big in the state in the 2010 midterm elections, taking back the governor's office and five House seats held by Democrats.

The University of Cincinnati's Ohio Poll was conducted between February 16 and February 26, with 1,514 Ohio adults questioned by telephone. The survey's overall sampling error is plus or minus 2.5 percentage points.