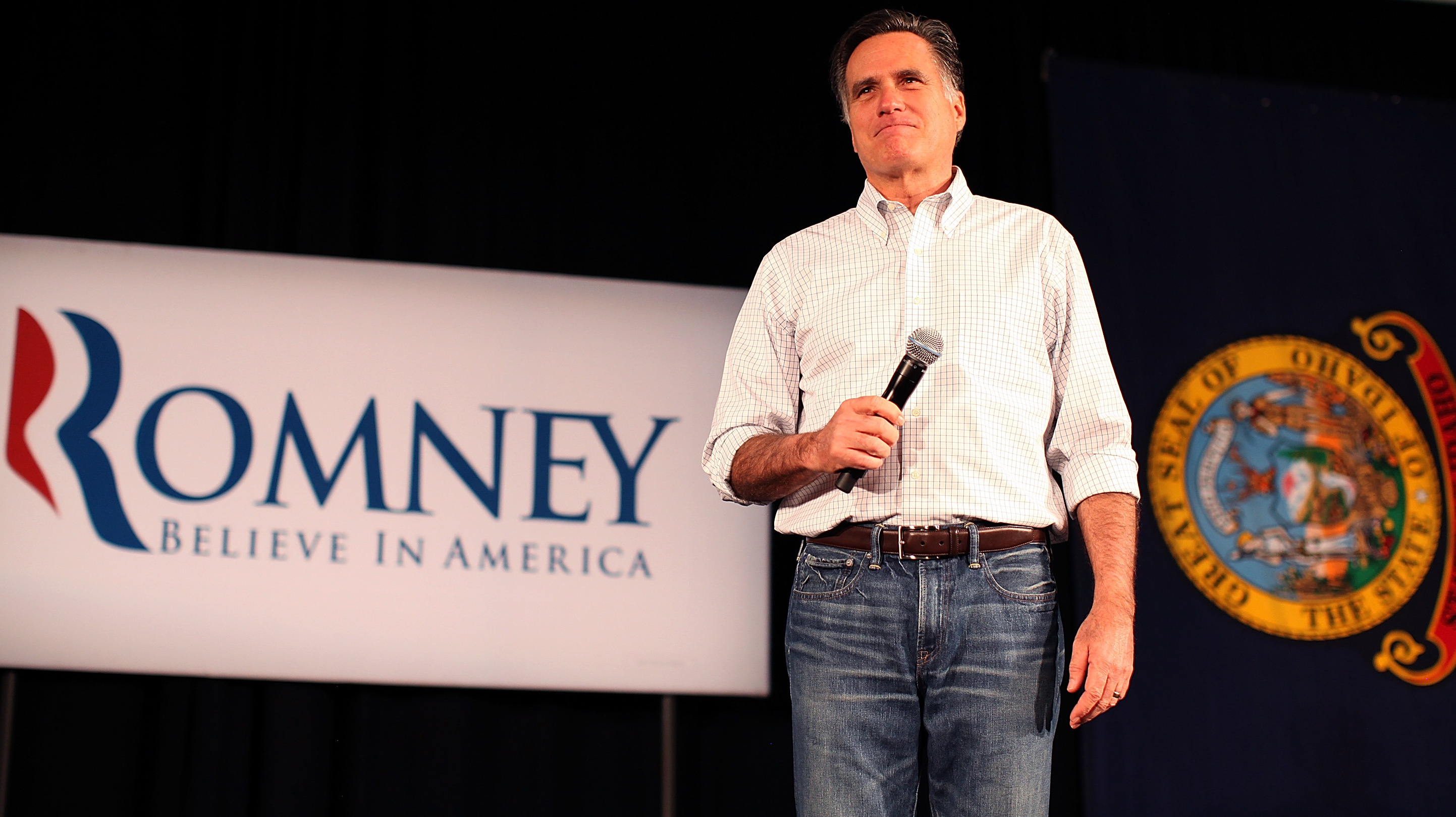 (CNN) - Mitt Romney's campaign on Friday defended remarks he made as a gubernatorial candidate in 2002, in which he boasted about his ties to Washington and a knack for getting money from the nation's capital.

"I am a big believer in getting money where the money is," Romney said in a decade-old video. "The money is in Washington."

The comments appeared in a video obtained by ABC News and were reportedly shot by a Democratic opponent at the time. Romney was addressing the New Bedford Industrial Foundation, giving a presentation on Massachusetts' economic potential.

"I want to go after every grant, every project, every department in Washington to assure that we are taking advantage of economic development opportunities," Romney said.

Reflecting on his work leading the 2002 Winter Olympic Games in Salt Lake City, he said he learned that "if you have people who really understand how Washington works and have personal associations there, you can get money to help build economic develop opportunities."

In the video, Romney said he received more than $410 million for the Olympics–an unprecedented amount from the federal government, he claimed–and he did so "by going after every agency of government."

His comments back then mark a stark contrast to the image he has sought to present of himself during this campaign–that of being an outsider who could effectively limit unnecessary spending in the federal government. He has pledged to cut $500 billion in his first year in office.

Romney has also lobbed some sharp criticism about Washington spending at his opponents in the 2012 Republican presidential race. Most recently, Romney pounded on rival Rick Santorum as a Washington insider, accusing him of a heavy record of earmark spending during Santorum's time as a senator from Pennsylvania. He has also attacked Gingrich as a lobbyist and product of Washington.

Responding to the video, Romney's campaign said Friday the practice of seeking federal funds is a common procedure among governors but argued the candidate today favors a "permanent ban on earmarks."

"Every state budget in the country is dependent on federal funding, and every governor in the country makes requests for funding, but governors do not get to decide how Congress appropriates money. Governor Romney supports a permanent ban on earmarks, which are symbols of what's wrong with Washington," Romney spokesperson Andrea Saul said in a statement.

At CNN's Arizona debate in February, Romney stood by his requests for funding at the Olympics, saying it was nothing out of the ordinary.