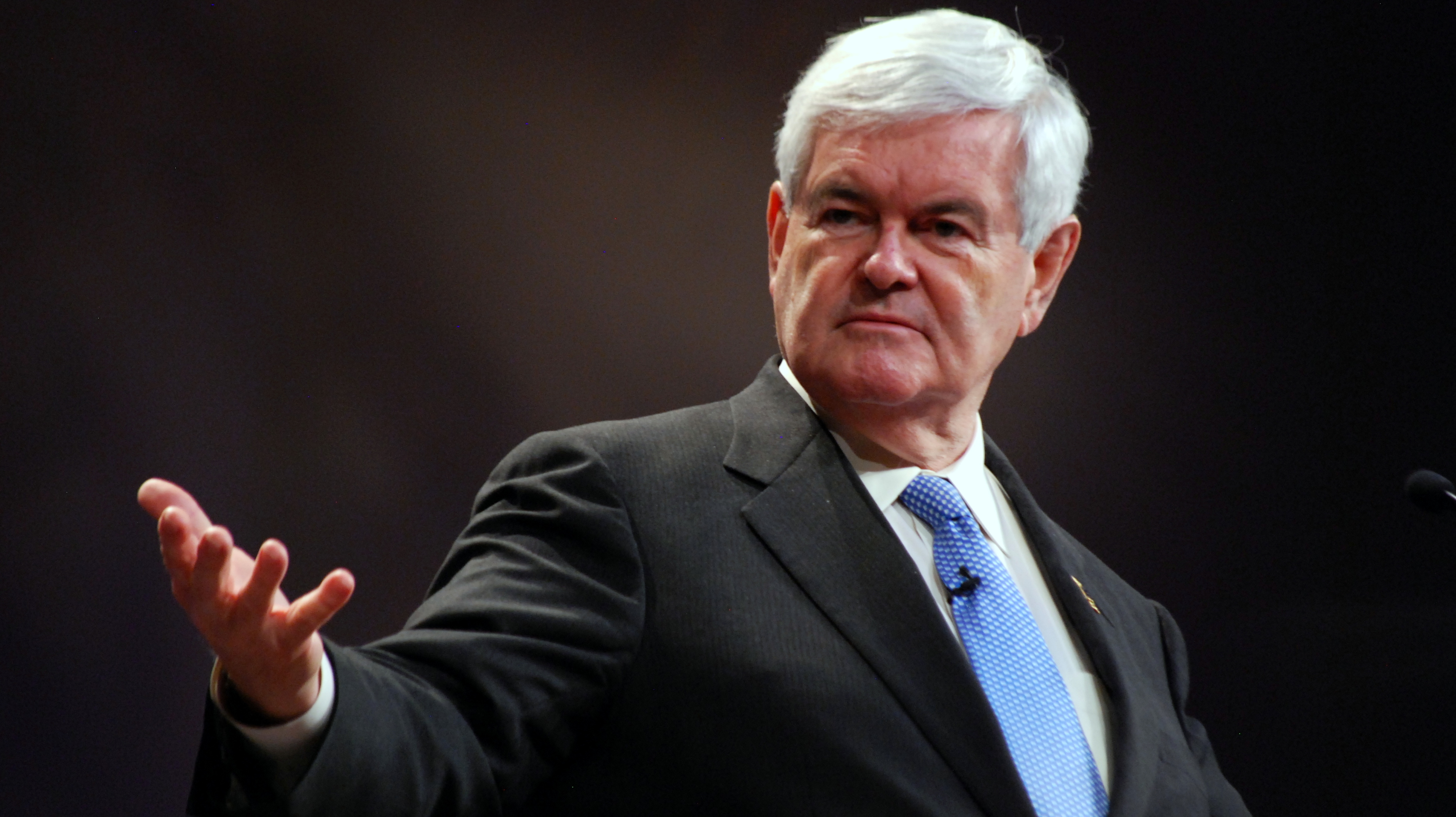 Gingrich has the backing of 38% of likely Republican primary voters, while GOP presidential rivals Mitt Romney and Rick Santorum are statistically tied for second place, according to an Atlanta Journal-Constitution survey conducted by Mason-Dixon Polling & Research.

The poll indicates Romney is slightly ahead of Santorum, 24% to 22%. The two-point margin falls well within the poll's sampling error.

Rep. Ron Paul of Texas, meanwhile, comes in fourth place with 3%, and 12% of respondents say they were undecided.

Gingrich, who represented Georgia for 20 years in Congress, has emphasized he needs to pull a victory in the state's primary on March 6 in order to propel his campaign forward.

Talking to reporters Saturday night, Gingrich said he only needs to win Georgia to stay in the race. The candidate has won one primary so far, in neighboring South Carolina.

The former speaker has largely skipped other states, including this week's contests in Michigan and Arizona, in order to focus on Georgia. Of the 10 states holding contests on Super Tuesday, Georgia has the most delegates at stake, with 76.

Gingrich leads in all regions of the state, especially in north Georgia, where 42% of respondents say they will vote for the candidate, according to the poll.

The longtime Georgia resident wrapped up a four-day campaign swing in the state Friday and will return for more events on Super Tuesday. He spent Saturday campaigning in Ohio.

Mason-Dixon Polling & Research conducted the survey February 29-March 2, questioning 625 registered Georgia voters by telephone. All stated they were likely to vote in Tuesday's Republican primary. The sampling error is plus or minus four percentage points.