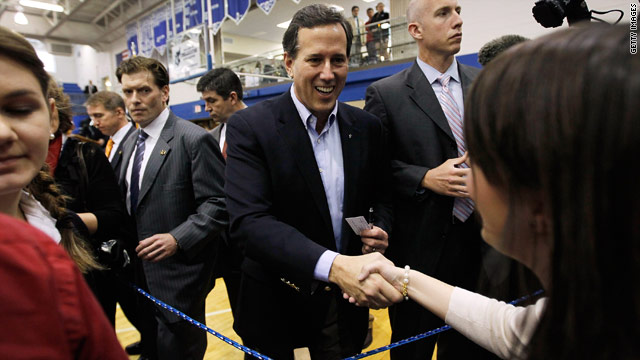 The poll was conducted Thursday and Friday, after Romney's 20-point victory over Santorum Tuesday in the Arizona primary and after he narrowly edged out Santorum to win the primary in his native Michigan.

Santorum held a double-digit lead in the Sooner Poll, a separate survey conducted in mid-February. The last time ARG polled in Oklahoma was February 6-7, before Santorum's sweep of contests in Colorado, Minnesota and Missouri on February 7 sparked a surge in national and state polling. In that survey, Gingrich held a 34%-31% margin over Romney, with Santorum at 16%.

All four candidates have campaigned in Oklahoma recently, and an independent super PAC supporting Romney has spent around $250,000 to run campaign commercials in the state.

The American Research Group poll was conducted March 1-2, with 600 likely GOP primary voters in Oklahoma questioned by telephone. The survey's overall sampling error is plus or minus four percentage points.