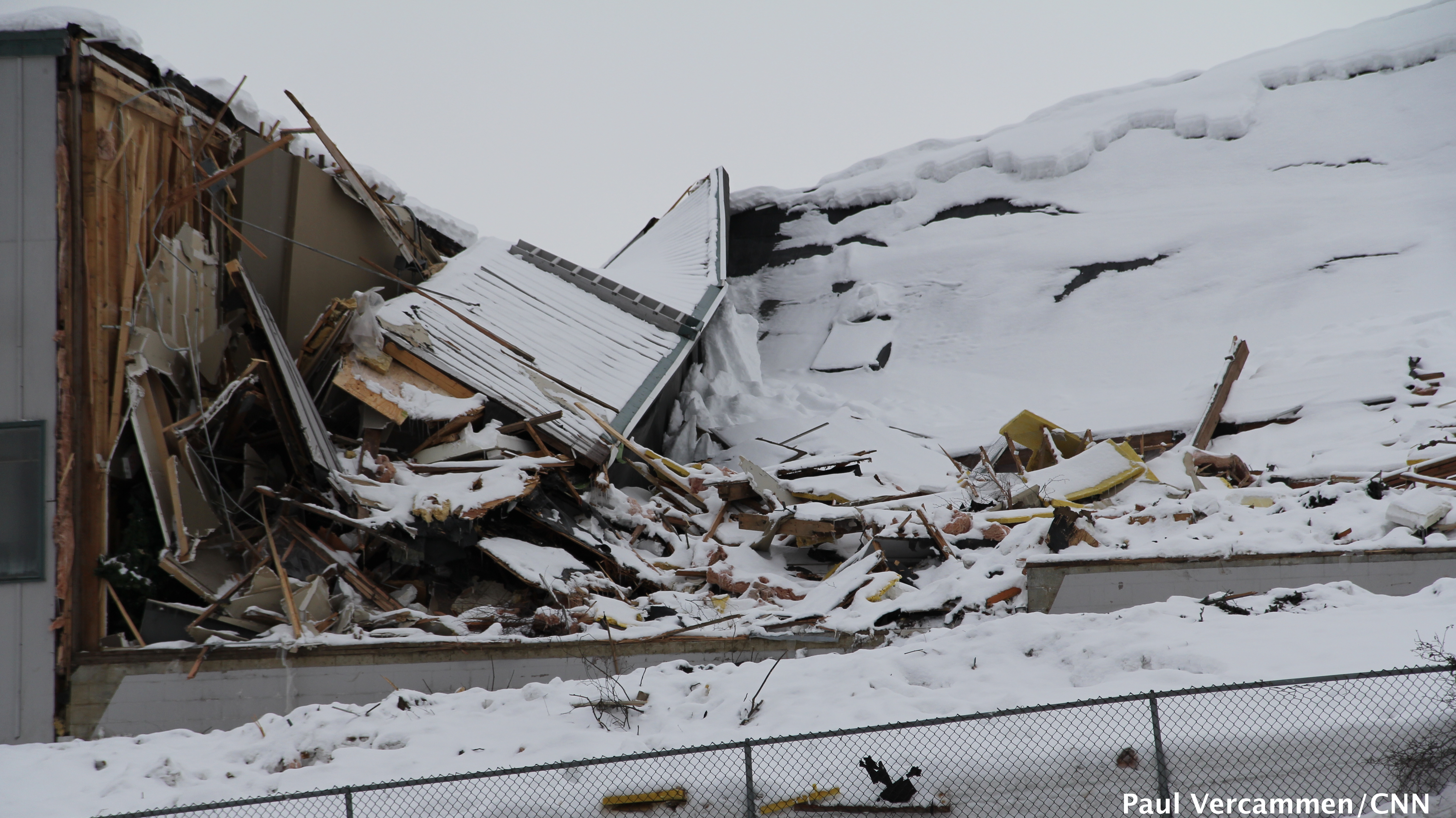 Anchorage, Alaska (CNN) – For Anchorage residents, the battle with record-breaking snowfall has spilled into the political arena with damage to a key Super Tuesday Republican caucus site.

The roof collapsed Friday under the weight of heavy snow at Abbott Loop Community Church, where five districts and an estimated 2,500 voters were expected to caucus.

No one was injured in the collapse of a roof in the west side of the church auditorium, and the polling place has moved to nearby Grace Christian School.

"We are so thankful for the timing, that it did not happen during church services or during the caucus," said Bruce Schulte, regional coordinator for district elections. "If it happened 48 hours later it could have been an absolute tragedy."

Schulte says the district is working through local media to get out the word about the switch to Grace Christian, the new polling site two miles away.

Anchorage could see its all-time record for snowfall broken soon.

Snowfall for the winter of 2011-2012 has totaled 123.7 inches through Monday morning, Amy Bedal, meteorologist with the national weather service told CNN.

Bedal said she expects that another yet-uncounted inch of snow fell Monday afternoon.

"If we have heavy snow, a few inches plus or so, it could reduce voter turnout," said Alaska GOP chairman Randy Ruedrich. "But we have been dealing with this snow all winter and what's already on the ground won't affect us.

"All I know is there are a lot of ski resorts in the lower 48 who would like to have all of our snow."