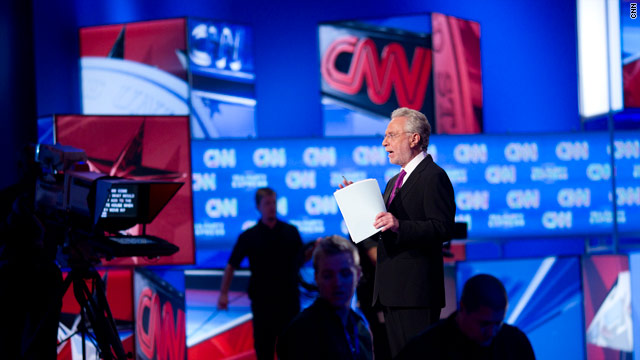 Have a Super Tuesday question? Join in the first-ever CNN Election Roundtable at noon

(CNN) - As the four major Republican candidates make their final case on Super Tuesday, voters in 10 states get the chance to play their part in the electoral process at the ballot box and now online.

Tuesday, voters will also be able to participate in a special CNN online conversation in the first in a series of exclusive CNN Election Roundtables, a digital-only video chat hosted by Wolf Blitzer and featuring CNN political team.

At 12 p.m. ET on Super Tuesday, go to CNN.com and join CNN’s Wolf Blitzer, Gloria Borger, Peter Hamby and political analysts Donna Brazile and Ari Fleischer in the first online discussion focusing on Super Tuesday and the race for the White House.

Select readers will be able to ask the team questions about the race, the candidates and the issues in real time and participate in the 30-minute conversation on CNN.com and on CNN Mobile.

Here’s how it will work: First, go to cnn.com/roundtable and sign up for one of the slots to ask questions. Space is limited for questioners but viewers can also watch a live stream of the video chat online from 12 p.m. to 12:30 p.m. on CNN.com.

And if you miss the chat, you’ll be able to replay it later online at CNN.com and CNN Mobile.

CNN LIVE: After the chat, tune in to the CNN Election Center tonight at 7 p.m. for live coverage of the Super Tuesday primaries and follow real-time results on CNNPolitics.com, on the CNN apps and on the CNN mobile web site. Follow CNN Politics on Facebook and on Twitter at #cnnelections.