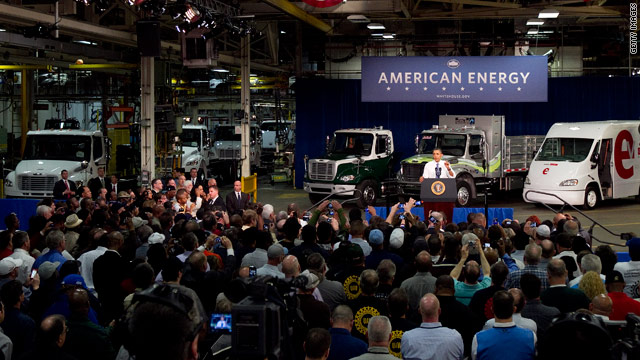 New York (CNNMoney) - President Obama outlined new plans Wednesday to support the sales and use of alternative-fuel vehicles - including cars and trucks that run on hydrogen and natural gas instead of just those that run on electricity.

The plans are part of a $1 billion National Community Deployment Challenge intended to support the use of natural gas and other alternative fuel technologies, in addition to plug-in vehicles. The president also announced separate incentives to encourage individuals and businesses to purchase alternative-fuel vehicles.