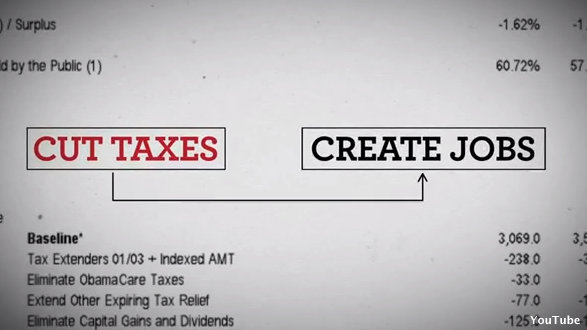 (CNN) – Republican presidential candidate Ron Paul, who has yet to win a contest in the GOP nominating process, will release a new television ad in Hawaii ahead of the state's caucuses next week.

The positive ad highlights key points from the candidate's platform, including his plan to slash $1 trillion in federal spending in his first year of office, as well as eliminate five federal bureaucracies and cut U.S. military involvement abroad.

"Ron Paul's ad 'Plan' is an ideal one to air in Hawaii, with its pleasant climate, because it helps separate him from the 'fair-weather conservatives' who are unwilling to make the tough decisions that will get our country back on track," Jesse Benton, the campaign's national chairman, said in a statement.

Despite disappointing finishes in several Super Tuesday states, his campaign gave no indication the Texas congressman will drop out of the race.

Describing him as the "only authentic conservative in the race," Benton added that Paul "is the only candidate besides Mitt Romney with the resources and stamina to run an exhaustive 50-state campaign."

The commercial will air Thursday through Tuesday on cable television and select broadcast outlets in Hawaii.

With 20 delegates at stake, the island holds its caucuses on Tuesday, the same day voters in Alabama, Mississippi and American Samoa also head to the polls.