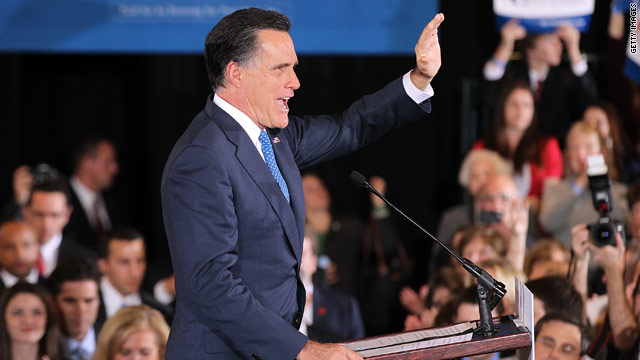 Romney's campaign embarked on a spending spree in January, burning through $18.7 million – three times the amount of money they raised that month.

His campaign vastly outspent Santorum with a barrage of television advertisements in Michigan's hard-fought primary battle.

When asked by reporters Tuesday whether the campaign was seeing the kind of small, individual donations that have fueled his rival's campaigns, Romney said his campaign was on track to mount a general election fight.

"This was not a last-minute effort on our party, as you know," he said. "We've worked very hard to organize a full campaign, including fundraising capacity throughout the country."

Romney has urged supporters to contribute to him campaign during his last two primary night speeches.